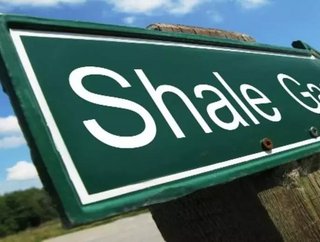 General Electric Co has hopped on the shale boom bandwagon&mdash;reportedly investing billions of dollars into fracking technology, a controversial me...

General Electric Co has hopped on the shale boom bandwagon—reportedly investing billions of dollars into fracking technology, a controversial method of extracting oil and gas.

By buying up fracking-related companies and opening a new laboratory in Oklahoma, the company believes that cutting-edge science and improved technologies will reduce the controversies that have the public so worried, mitigating the potential environmental and health hazards involved.

"We like the oil and gas base because we see the need for resources for a long time to come," Mark Little, a senior vice-president, told CBC news.

Although the company has had little involvement in the oil and gas sector over the last decade, GE has invested more than $15 billion in US natural gas in the last few years. GE doesn't drill the wells or produce oil or gas, but rather manages some of the major risks involved in the process—an effort placating the concerns of some environmentalists.

That includes working to reduce and clean up wastewater, improve fracking methods and reduce air pollution released during drilling. GE has a variety of expertise that will prove beneficial to the industry. Of some of its devices, GE will use technologies that can relay information to people on the surface about exactly what is happening one to two miles below ground.

"It's exciting to see," Michael Shellenberger, one of the founders of Oakland's Breakthrough Institute, told CBS news. "I think it is a positive response to legitimate public concerns about the environmental impacts [of fracking]."

Not only will industry gain more information “than ever before,” but also tools to help improved production and profits.

"There are some real technical issues that these folks at GE might be able to make real progress on," Neil Donahue, a professor of engineering and public policy at Carnegie Mellon University in Pittsburgh, added.

At the very least, GE's move into the natural gas market is a good sign that industry is working to make a promising energy source as environmentally sustainable as possible in its pursuit.