How to Transition to a Low Carbon Economy in Europe 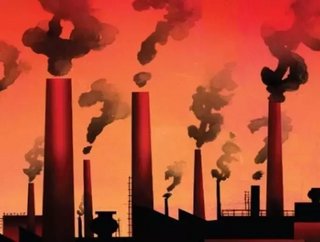 The UK government is set to announce a number of tax incentives for the development of shale gas and a new department (the Office for Unconventional G...

The UK government is set to announce a number of tax incentives for the development of shale gas and a new department (the Office for Unconventional Gas) tomorrow in order to coordinate activities in the sector. The USA has already aggressively developed its shale gas production and is now enjoying a gas glut with prices around one-fifth of those in Europe – a continent where gas prices are still linked to global oil prices rather than any supply and demand fundamentals.

“As a result,” says Jonathan Lane, GlobalData's Head of Consulting for Power and Utilities, “the USA is seeing its carbon emissions fall as gas-fired generation displaces coal: a result that it is loudly trumpeting in Doha.

“Indeed, the USA, rather than Europe, seems well placed to transition to a low carbon economy if, and it’s a very big if, the fossil fuel lobby can be overcome. Gas-fired generation is the only serious technology that allows countries to reduce coal-fired generation whilst waiting for electricity storage technology to develop and be deployed with intermittent renewables, and the USA has low cost gas-fired power in abundance.”

Lane explains that it is easy to see the temptation for European governments to exploit available resources. He states it is also easy to see how gas-fired power generation could help to mitigate any looming energy gaps in Europe, as governments look to transition away from coal-fired generation in all cases and nuclear in many cases. But the economics of gas-fired power in Europe are not easy, and it seems that more market interventions will be required to attract investment. For example, Germany would like to build more gas-fired generation in order to ease its electricity challenges, but gas plants are out-of-the-money compared to coal plants in Germany and investors are worried about future gas prices and competition from renewables.

Indeed, low carbon prices in Europe have seen renewables, which almost always have priority dispatch, displace gas-fired generation rather than coal-fired generation across the continent. “Capacity mechanisms have been proposed across Europe to support the economics of gas-fired power,” states Lane, “but should governments really be subsidising almost everything except coal?”

Some will see shale gas as the answer to this difficult question, but this seems unlikely. Shale gas development will be much more controversial and costly in Europe owing to public opposition and geological challenges less pronounced in the USA. Indeed, it is hard to see how European shale gas, which would be produced in smaller volumes at a higher cost, having much of an impact on European gas prices. It seems, therefore, that capacity mechanisms are the only answer unless carbon taxation or reform of the European Emissions Trading Scheme (EU-ETS) is considered.

Lane claims that carbon pricing is at the heart of the problem. Whilst over its history the EU-ETS has produced little in terms of influencing the generation mix, individual governments have been ploughing ahead with their own policies for promoting low carbon generation based on the affordability for each. Lane asks: “Surely, an integrated mechanism across Europe based on an effective carbon price and taking affordability into account would have been a better approach? It’s too late for that now, as many countries are tied in to their own subsidy regimes, but carbon pricing surely has some role to play in solving the conundrum of supporting gas-fired power.”