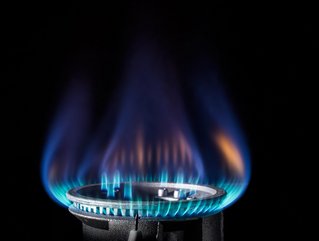 Results out earlier this month revealed the profits of the UK’s Big Six (the six main energy providers in the UK: British Gas, EDF Energy, E.ON, Npower, Scottish Power and SSE) fell for the first time in four years – by far more than just pennies. Collective profits dropped a massive 10% from $1.3bn (£1bn) to $1.17bn (£900mn), as 1.4mn customers moved to challenger brands in the last year alone. But this comes as no surprise. In fact, it’s a sign of things to come.

The Big Six have long dominated the energy market, despite the fact they are notorious for providing lacklustre customer service and the highest tariffs. Given this it is surprising to see that the Competition and Markets Authority gave the SSE and npower merger the green light.

With the Big Six to become the Big Five, bill payers can be forgiven for thinking this will lead to less competition within the energy market and higher prices as a result. But this certainly doesn’t have to be the case; with the rise of challenger brands which offer consumers fairer rates and improved customer service, it’s time for bill payers to put an end to the domination of the energy ‘dinosaurs’.

Read the latest issue of Energy Digital magazine – out now!

Tired of ‘tease and squeeze’

Unsurprisingly, consumers are growing tired of the traditional ‘tease and squeeze’ model which penalises customer loyalty rather than rewarding it. Customers are drawn in by unsustainably cheap introductory offers, but once these end, they are automatically switched onto a provider’s rip-off standard tariff. The somewhat dishonest premise of this is that providers rely on their customers to forget that the offer has ended.

The successful rise of challenger brands indicates that we’re seeing a greater awareness of – and fight back against – the tease and squeeze model. Saying that, 60% of consumers are still stuck on their provider’s most expensive tariff after being lured in by these offers, according to Ofgem. If things are to change, it is crucial we raise awareness so consumers take action and do not let themselves be taken advantage of.

It’s (not) all about the money!

With consumers becoming more mindful, they demand more than just a good price; they are also looking for their energy provider to help them do their bit for the environment.

As a smaller supplier, we’re spearheading the drive towards a sustained reduction in consumption. We’re working with BEIS (Department for Business, Energy and Industrial Strategy) to develop tech that analyses consumers’ usage in granular detail to provide highly personalised recommendations on how to best reduce consumption. After all, the greenest unit of energy is the unit you don’t use.

Big providers simply don’t have the agility to deliver this to their customers – it would cost millions and a complete transformation of their business model. Instead, they will continue to rely on a model where high energy usage means high profits. As a result, savvy consumers will move on, and we’ll see the Big Six’s profits fall even further.

Power back in the right place

Challenger brands are proving formidable competition as they provide consumers with an important alternative; access to better prices, customer service, and tariffs that are tailored to suit them, not to rip them off.

The decline of the Big Six is a healthy signal that power is moving back to where it should be – in the hands of consumers.