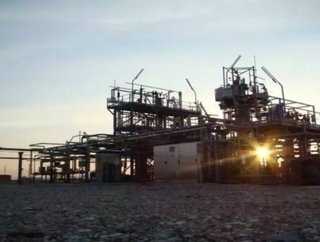 Click here to experience this article in our digital reader The rising importance of oil and natural gas production within Italy and the European ec...

The rising importance of oil and natural gas production within Italy and the European economy as a whole cannot be understated. With a population of 60 million and an energy infrastructure designed to run on hydrocarbon fuels, Italy is the third largest European gas market.

Yet despite having economically accessible reserves, Italy depends heavily on foreign suppliers, importing roughly 90% of the 2,930 billion cubic feet of gas it consumed in 2010, according to EIA, International Energy Statistics. Especially after this latest frigid European winter, the need for domestic Italian natural gas production is becoming more apparent.

Domestic production, however, has not flourished correspondingly, even contracting by some 400 billion cubic feet from its 1994 peak of 728.8 billion cubic feet. Fortunately for development prospects, the dearth of production isn’t based on a lack of available resources so much as nationally-held energy policies from the second half of the 20th century.

From its establishment in 1953 through 1998, formerly state-owned operator ENI and its subsidiaries controlled all phases of Italian hydrocarbon production and delivery. Pressured by the oil crisis of the 1970’s, ENI overhauled its natural gas infrastructure to provide an energy alternative, completing the 2,200km long Trans-Mediterranean Pipeline from North Africa in 1983.

When Italy abandoned nuclear power in 1987 following the Chernobyl disaster, natural gas became the second most important energy source after oil almost overnight. ENI responded to the demand reliance by doubling the capacity of its TransMed pipeline, finishing the upgrade in 1994.

With the aim of creating a competitive internal energy market, the Italian natural gas industry was liberalized in 1998, and there are currently more than 60 E&P companies developing hydrocarbon resources within Italy today.

Po Valley Energy (ASX: PVE) has been the first E&P company to bring new production to the Po Valley region, located between the Alps and the Apennines in northern Italy, since the end of the ENI monopoly and the liberalization of the Italian gas market in 1998.

PVE, listed on the Australian Stock Exchange in 2004, holds 11 license areas encompassing some 2,000 square kilometers (494,200 acres), of which two are in production at a rate of2.7 mmscf/day. Po Valley has an expanding portfolio of 100% owned assets that includes two onshore producing gas fields (Sillaro and Castello), two onshore gas fields awaiting development production permits (Sant’Alberto and Bezzecca) and a number of appraisal and exploration projects both onshore and offshore, as well as 2 oil discoveries (Ravizza and Bagnolo in Piano) with best-estimate contingent resources of 10 mmbbls to be drilled in 2013. The company additionally owns and operates two gas treatment plants, with more gas and oil developments to come.

From a strategic standpoint, PVE is also actively appraising strategic partners to complement the company’s efforts in the short and long term work program, and on June 19th announced a farm-out agreement with Petrorep Italiana S.P.A. on two of their licenses.

With untapped reserves, an existing natural gas infrastructure originally established by ENI, and some of the highest gas prices in Europe stemming from its dependence on foreign sources, Italy stands as an ideal prospect for modern exploration and production companies. Supplying an important domestic service and considerable upside potential for development, Po Valley Energy is working hard to make the most of Italy’s natural resources and to produce local gas for its domestic markets.

Mr. Catalano holds a masters degree in Geology and has had almost thirty years in the upstream oil and gas industry. Prior to his position as CEO of Po Valley, he was the CEO of Mediterranean Oil & Gas plc in the UK and in Italy.