Mozambique to Cash In on Gas Boom 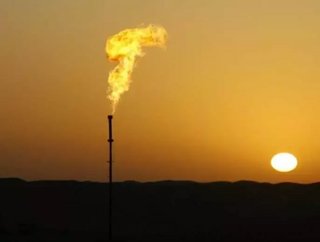 Mozambique, one of the poorest economies in the world, seems poised to cash in on a gas-boom, states new research from natural resources experts Globa...

Mozambique, one of the poorest economies in the world, seems poised to cash in on a gas-boom, states new research from natural resources experts GlobalData.

The new research cites a series of discoveries made in the Rovuma Basin during the last three years, which promise Mozambique the title of major Liquefied Natural Gas (LNG) exporter, if challenging legislation and infrastructure is overcome by the government and wealthy gas giants.

Mozambique’s geographical location means that its LNG production can easily reach both Asian and European markets. Representing one of the fastest developing energy players in East Africa, the country aims to attract investments of around $50 billion by 2020.

Are We Missing the Point on Peak Oil?

However, some are pessimistic about industrial development in the country. Civil war in Mozambique ended in 1992, but destruction caused to the country’s infrastructure remains, and the country lacks a well-developed heavy industry which could support LNG sector development. International companies would require a shift in current laws and legislation in order to benefit fully from the country’s resources.

Mozambique’s unskilled and uneducated workforce also poses a problem. The country presently limits the employment of expatriate workers to a maximum 5%–10% of a company’s total workforce, yet skilled labor for LNG projects may not be available within Mozambique. Work permits required for foreign employees exceeding the company limits are individually approved, representing a time consuming procedure.

Current foreign exchange regulations also demand that export income is repatriated to Mozambique, and that half of export sales proceeds are converted to local currency. Regulations must therefore be overcome, in order for LNG contractors to win their lengthy battle with the law.