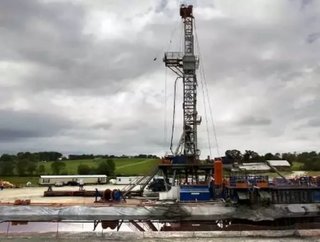 As natural gas prices drop this year, the Marcellus Shale region in Pennsylvania slows substantially. The number of rigs operating in the state is do...

As natural gas prices drop this year, the Marcellus Shale region in Pennsylvania slows substantially. The number of rigs operating in the state is down 29 percent from its peak a year prior, according to Baker Hughes Inc., a tracker of the industry.

The slowdown is no surprise seeing as many exploration companies have been planning on shifting drilling equipment to areas where the oil and natural gas is more profitable. The warm winter, further depressing demand and prices, had an influence as well.

In the northern area of the state, where the most intensive drilling activity has taken place over the last few years, is particularly slowing down.

"You can clearly see there's a leveling off in traffic, both physical truck traffic and business development," Thomas B. Murphy, codirector of the Penn State Marcellus Center for Outreach and Research, told the Inquirer.

That doesn't mean the boom is over, however.

"We're really talking about a long-term play," Kathryn Z. Klaber, president of the Marcellus Shale Coalition, the industry trade group, told the Inquirer. "This relatively short-term drop in price does not change the overall viability and attractiveness of a play like the Marcellus."

For now, the market is oversupplied. Should commodity prices rise again, drilling activity will likely increase in order to chase higher profits. For many, continuing to operate under current conditions won't produce a profit. Some, however, remain in order to secure expiring leases for mineral rights, while others are stuck drilling unprofitable new wells under the terms of deals struck with foreign investors.

In the Marcellus region, so many wells have been drilled that are not yet in production that it will take some time for the market to catch up. Over half of the more than 5,000 wells drilled in the area are still waiting on completion or on construction of pipelines to carry away production.

Once prices are better, those wells will be able to come back into production quickly.