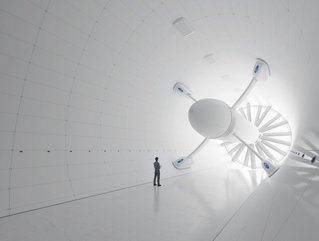 The worldwide projects making the most of wind power

Although inherently unpredictable, wind is one of the most cost-effective energy sources out there. Wind turbines do not produce harmful emissions, meaning it’s also one of the most environmentally friendly.

Other plus points of wind power include the fact that wind turbines could also reduce the amount of electricity generated from fossil fuels, which results in lower air pollution and fewer carbon emissions.

Here are our top 10 global projects making best use out of the power of the wind.

10: Jaisalmer Wind Park, India
Founded in 2001 as one of the largest wind farms in the world, the Jaisalmer wind park has a capacity of around 1,600MW, which caters for both public and private use. The site has a total of 11,000 wind turbines that can produce enough power to take the equivalent of 6mn cars off the road, according to the park’s developer, Suzlon.

9: Hornsea 1, United Kingdom
Leading the way for offshore wind projects is Hornsea 1, a 1.2GW farm comprising of 174 wind turbines which each produce 7MW of power. Owned by Orsted and Global Infrastructure Partners (GIP) the farm powers around 1.000,000 houses.
Whilst the project began in 2014 with construction starting two years later, the onshore element of the project was completed in 2016 with offshore finishing construction in 2018. It’s still relatively new project as it wasn’t fully operational until 2020.

8: Borssele 1 &2, Netherlands
The Borssele offshore windfarm which comprises of four parts, is located off the coast of the Zeeland province in the Netherlands. Providing energy to 1,000,000 homes in the country, its 94 Siemens Gamesa turbines each 8MW of power, 752MW in total.
The greenlight for development was given by the Ministry of Economic Affairs in 2017. Construction began in January 2020, and the farm began producing power just three months later in April 2020. The farm was fully complete by the end of the year.

7: Gansu Wind Farm, China
With 7,000 turbines, and a planned power capability of 20GW at a cost of US$15bn, the Gansu wind farm, also known as the Jiuquan wind power base, is the single largest onshore wind farm in the world.
The programme was approved in 2009 for its development, but delays in 2016 caused by a lack of power availability and a government ban meant that it wasn’t completed until 2021. Its turbines are located across the Jiuquan, Inner Mongolia, Hebei, Xinjiang, Jiangsu, and Shangdong provinces of Gansu, and, as a feat of engineering not much in the wind industry comes close.

6: Alta Wind Energy Center (AWEC), United States
The Alta Wind Energy Center (AWEC), also known as the Mojave Wind Farm, was developed by Terra-Gen Power and is located in the Californian towns of Mojave and Tehachapi. It spans 3,200 acres of space and is the third largest wind farm in the world.
The site comprises of 600 turbines producing a planned output of 1,548MW, which would power more than 250,000 homes. The first five stages of the project began in 2010 and were completed a year later. The remaining phases were completed in 2013 and it has an expected life span of more than 25 years.

5: Horse Hollow Wind Energy Centre, United States
Owned and operated by NextEra Energy Resources, Horse Hollow Wind Energy Centre is located in Texas, United States and has a capacity of 735.5MW which powers around 180,000 households. The first four phases of construction for the farm were commissioned in 2005 and 2006.
Covering a total area of 47,000 acres the project consists of 142 GE 1.5MW turbines, 130 Siemens 2.3MW turbines. During construction, Blattner Energy was appointed the engineering, procurement and construction contractor for the project.

4: Walney Extension Offshore Wind Farm, United Kingdom
Located in the Irish Sea with a total capacity of 659MW, the Walney Extension Offshore wind farm has a total of 40 MHI Vestas 8MW wind turbines and 47 Siemens Gamesa 7MW turbines. The farm is owned in a 50-50 split between Orsted with the second half divided between Danish Pension Funds PKA and PFA. Beginning in September 2019, the project has enough power capacity for 600,000 homes and covers around 145km2 of the Irish Sea.

3: Shepards Flat Wind Farm, United States
As the fifth largest wind farm in the world, Shepards Flat which is located in Eastern Oregon, has a power capacity of 845MW. The farm, developed by Caithness Energy, consists of 338 GE 2.5XL turbines with each capable of producing 2.5MW capacity.
The farm powers 235,000 houses with the output being supplied to Southern California Edison. Work on the project started in 2009 at an estimated cost of US$2bn. The US Department of Energy loaned US$1.3bn to aid the investment in October 2010. The farm then became fully operational in September 2012.

2: South Fork Wind, United States
A 132MVwind farm, South Fork Wind is the first farm to connect to New York State. Its aim is to help the town of East Hampton meet its goal of 100% renewable energy. It aims to do this with its 12 turbines, generating enough power for 70,000 homes.
Like the farm in Walney, the ownership of South Fork Wind is split between the global leader in offshore wind, Orsted and Eversource, which is a national energy leader. Currently still in construction, South Fork Wind is expected to be fully operational by 2023.

1: Roscoe Wind Farm, United States
The final wind project in this list is located near Abilene in Texas, United States. Owned by E.ON Climate and Renewables, it spans 400km2 of land and comprises of 627 wind turbines. Constructed in four phases between 2007 and 2009, the project has been operational for the past 13 years