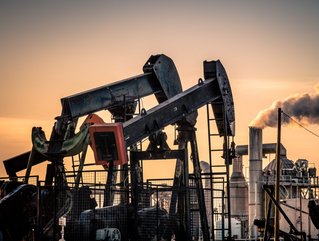 At beginning of May, Saudi Arabia’s Aramco became the sole owner of the largest US oil refinery, Motiva Enterprises LLC, its name...

At beginning of May, Saudi Arabia’s Aramco became the sole owner of the largest US oil refinery, Motiva Enterprises LLC, its name and legal entity, including the refinery in Port Arthur, Texas, cementing its access to the lucrative U.S. energy market at a critical time for entire oil industry.

Saudi Aramco’s multibillion dollar divorce contract from Royal Dutch Shell (RDSA), which previously owned 50% of the Port Arthur refinery, will also ensure Saudis’ the right to use the Shell flag in a number of south-eastern states and east Texas.

Thus, Motiva will have the exclusive rights to sell Shell gasoline and diesel in Georgia, North and South Carolina, Virginia, Maryland, East Texas and most of Florida, while Shell retains rights to Shell brand in the rest of Florida.

For Phillip Cornell, a non-resident senior fellow at the Atlantic Council's Global Energy Centre, Aramco’s strategy to move both into downstream and to expand foreign joint ventures has been a long-standing one, and it sounds like forward thinking approach. Both strategies are integral to the Advanced Transformation Program (ATP) initiated under the leadership of Khaled al Faleh. “While downstream is certainly not a major profit centre inside the company, as a strategic investment it has successfully moved the company not only up the value chain, but also into areas like product trading,” he said.

Furthermore, it is believed that the Port Arthur case signals Aramco's new strategy, namely expanding its petrochemical operations and turning itself into a modern integrated energy company, following the example of Exxon Mobil, for instance.

But this is just a piece of a larger picture, as the long term vision is to diversify the Saudi economy by creating a global network of refining and petrochemical facilities that would provide Saudi production a wide spectre of  higher-value products.

Aramco plans to double its global refining capacity from 5.32mn barrels per day (mb/d) currently (2.9 mb/d in Saudi Arabia, 1.07 mb/d in the US and 1.13 mb/d in Asia) to 10-12 mb/d and to increase its global petrochemicals capacity from 12mn tonnes per year to 34mn tonnes. Thus, “the deal is a big step in that direction, and shows Aramco's determination to cement its position in the core export markets and ensure its market share in US markets regardless of competition or increased US production,” Dr. Tamimi told us.

Aramco has been investing in new refineries for some time now, cementing its position in countries that are considered to be its core market, including China, Indonesia and Malaysia.

Tom Kloza  the global head of energy analysis at the Oil Price Information Service in Wall, New Jersey, is absolutely convinced that such strategy of diversification makes sense, and he suspects that we will see the company pursue an acquisitive strategy across many continents, including North America.

“My guess would be that they will own several more US refineries by the end of 2018 and I do not believe that they’ll do so through joint ventures, so I suspect Motiva will be one of the biggest players in mergers and acquisitions in the US,” he said. Cornell noted that such decisions will be taken on the basis of the long-term viability of specific potential investments - not just to make the initial public offering (IPO) more attractive.

There was much talk last year when Aramco made a bid to purchase the Lyondell refinery in Houston, Texas, however, the deal was never consummated as Lyondell took the refinery off the market. But nevertheless, Motiva could pursue other Gulf Coast refineries or indeed expand via deals in other portions of the country, including the West Coast, according to Kloza.

More Saudi crude coming to the US

By expanding its downstream potentials, Saudis are also increasing demand for its crude production, creating a chain of reliable crude buyers regardless of global oil price.

Through expanding its refinery fleet, Aramco and Saudi Kingdom are diversifying energy price risk, since adding refining risks to a crude production risks contributes to the reduction of total risk. Kloza believes they’ll send more crude to the US when it makes sense, and that it will hurt some of the demand for crude from stateside, Canadian or other foreign sources.

So, according to Dr. Tamimi, the Motiva split will not only increase Aramco's equity by nearly 13% from 532,500 b/d to 600,000 b/d, it will also give the company complete control over which crude oil grades are processed at Port Arthur, but there is no doubt that Saudi crude will be prioritised at this refinery complex - which makes sense in any such vertical integration strategy.

So, Aramco is seeking to secure its market share in the US, which is one of the top three markets in addition to Japan and China. Furthermore, Cornell said that Aramco can optimise the refinery (say for particular grades of crude) and its crude dispatching operations to achieve efficiencies. However, he added, that doesn't necessarily mean the refinery will only buy Saudi crude altogether - it retains the option to buy North American crude to take advantage of arbitrage opportunities. American suppliers may object, but the arrangement is not substantively different than other vertically integrated upstream and downstream operations.

Last but not least, most of oil industry experts agree, that this move is part of Aramco's strategy of diversifying its investment portfolio in major markets in Asia and the United States, as the company is looking to secure highest financial returns from IPOs next year.

Although Aramco's activities in the US are purely commercial, it could be understood as a sign of restored confidence between two countries which hit rock bottom during president Obama's second term. It is believed that relations between the US and Saudi Arabia will further improve under Trump. This is despite some harsh rhetoric used during his presidential campaign when he mentioned the possibility to stop buying oil from Saudi Arabia unless the kingdom provided ground troops to fight ISIS, calling on Saudis and other Gulf countries to compensate the United States for the enormous cost of providing them with military protection.

But nevertheless, Dr. Tamimi does not expect this would have any impact on Saudi investments in the United States. For Jim Krane, energy analyst of Rice University's Baker Institute, Houston, Saudi Arabia wants to remain relevant in the United States for commercial and strategic reasons. The Saudis need to continue placing crude cargoes into the US market, and also ensure that US troops protect the kingdom and its oil shipments.

“Owning refineries and configuring them for Saudi crudes helps with both these goals. If Aramco owns the refinery, it can ensure that Americans continue to depend on Saudi oil, and hopefully, that Americans still see value in maintaining close ties with the kingdom,” Krane told us.

But some say that Saudi ownership of the largest US refinery poses a security risk for the US, since according to some sources, 30 percent of US refining assets are owned by foreign companies. So does the particular case of Port Arthur give the Saudis a powerful weapon when dealing with the US in the future?

Firstly, this is not an entirely new practice as there is a track record of “petro states” owning US assets. Kloza noted that PDVSA from Venezuela and CITGO are very much in the news these days, with the fear that Rosneft, the Russian company with close ties to Vladimir Putin, might take title to Citgo should Venezuela and PDVSA default on loans.

So, given the state of U.S. politics, “that might lead to outrage (somewhat xenophobic) among lawmakers and the population, not wishing to have core life-blood refined products in the hands of adversaries.  Of course, we have a much better relationship with Saudi Arabia, but this needs to be watched very closely,” Kloza added.

According to him, Motiva (or Saudi Aramco) could buy a number of individual US refineries without difficulty. However, if it attempted to take out a multi-refining company (like PBF, or Tesoro), it would probably run into hastily assembled hurdles from US lawmakers.

Therefore, Cornell doesn’t believe that there is no need for alarm and “any kind of nationalistic American concerns about security threats when it comes to foreign ownership are usually more linked to cynical protectionist impulses than to legitimate national security threats. If the Saudis or any other country halted their American refining activities explicitly to damage the US economy, that would be a blunt and ineffective weapon - it would be a highly aggressive act by a longstanding ally, the volumes would be easily replaced, and any economic impacts would be spread thinly and beyond American borders.”

As for Dr. Tamimi, one should not confuse the Saudi government's investments with Aramco’s investments. It is true that the company is a state company but its management and investment decisions are independent. “The bottom line is, Aramco would not risk any access to US markets for Saudi Arabia's political gains.” Therefore, the Port Arthur refinery is about diversification and market share, not about nefarious security intentions.