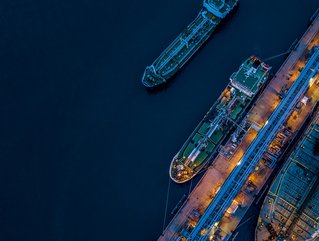 Norwegian oil and gas firm Equinor has announced this week its new partnership with Global Petro Storage. The two companie...

Norwegian oil and gas firm Equinor has announced this week its new partnership with Global Petro Storage. The two companies have entered into a long-term agreement to plan, construct and operate a terminal and storage facility for liquified petroleum gas in Malaysia, according to a report by the New York Times.

Equinor's Vice President for Products and Liquids Molly Morris said: “"Malaysia is an attractive market and we believe that we will be a competitive supplier to the wholesalers of LPG into the domestic market”.

The terminal will be built at Port Klang, Malaysia’s largest port, south-west of Kuala Lumpur, and is expected to begin operating mid-2021. As part of the deal, the New York TImes reports, Equinor will have the option to purchase shares in the terminal as its sole operator.

Liquid petroleum gas will pass through the terminal, under Equinor supervision, and be distributed to “Asian markets including Bangladesh, the Philippines, India, Indonesia and Vietnam”.

The liquid petroleum gas will be sourced by Equinor from the North Sea, North Africa, the Middle East and Australia. A spokesperson for Equinor said the terminal, which has a cubic meter capacity of 135,000, “could handle 1.5mn tonnes of liquid petroleum gas per year”.

According to the New York Times, “the International Energy Agency said in March it expected demand for petrochemical feedstock including LPG to rise over the coming years, driven by demand for products from fertilisers to plastics and beauty products”.