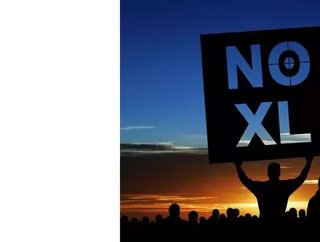 He cancelled the permit for the $9 billion Keystone XL pipeline project, which is designed to carry oil from Canada's oil fields to Nebraska.

TC Energy Corporation said it was "disappointed" with the decision and will assess its implications, and consider its options.

François Poirier, TC Energy’s President and Chief Executive Officer, said its base business continues to perform well and it is advancing $25 billion of secured capital projects. "These initiatives are expected to generate growth in earnings and cash flow per share and support annual dividend increases of eight to ten per cent in 2021 and five to seven per cent thereafter," he said.

In another signficant environmental move, the US has rejoined the Paris Climate Agreement, the legally binding international treaty on climate change which was adopted by 196 Parties at COP 21 in Paris in 2015. President Trump announced the US' withdrawal in 2017 and it was implemented on November 4 last year.

The United Nations Secretary-General, António Guterres, welcomed the US' return to the coalition but warned there is "very long way to go".

"The climate crisis continues to worsen and time is running out to limit temperature rise to 1.5 degrees Celsius and build more climate-resilient societies that help to protect the most vulnerable. We look forward to the leadership of the United States in accelerating global efforts towards net zero, including by bringing forward a new nationally determined contribution with ambitious 2030 targets and climate finance in advance of COP26 in Glasgow later this year."

Democratic National Committee Chair Tom Perez acknowledged the many challenges facing the new administration. "We have a pandemic to battle, an economy to rebuild, a nation to unite and heal. The time has come for real leadership in the White House. The time has come to put the American people above partisanship."