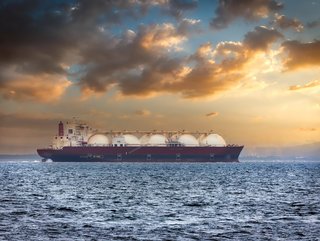 The US will make available up to 15bn additional cubic meters of LNG this year to Europe through a variety of different means as part of a new US-EU framework designed to reduce dependency on Russian gas, it announced today.

In return, Europeans will develop their infrastructure to accept up to 50bn cubic meters — between now and 2030, per year — additional LNG flows from the United States, said National Security Advisor Jake Sullivan.

"The basic notion here is that while we’re making this clean energy transition and putting in place all of the tools and infrastructure necessary to have an economy powered by clean and renewable energy, while gas is still a substantial part of the energy mix, we want to make sure that the Europeans do not have to source that gas from Russia," he said.

The potential reduction or disruption of Russian natural gas supplies to Europe and the growing volatility of energy prices observed in the last few months have become major issues which could jeopardise economic stability in the European continent, with knock-on effects in other regions.

Without supportive policy and regulatory frameworks creating an adequate environment for long-term agreements and investments, many countries will be at risk of energy shortages and will be forced to burn increasing amounts of coal and oil, compromising the attainment of net-zero ambitions.

Since the first LNG exports from Algeria to the UK and France in 1964 and 1965, commercial LNG trade has expanded to involve 44 importing markets and 20 exporting countries at the end of 2021, with a fleet of 640 LNG vessels. LNG now accounts for more than half of the international natural gas trade.

Jean Abiteboul, President of GIIGNL, the worldwide association of LNG importers, said the recent Russia-Ukraine conflict is highlighting the importance of energy supply security and diversification.

"The LNG market is growing quickly and the recent price hikes indicate a structural imbalance between demand and supply growth," he said.

"On the pathway to a decarbonised world and in the face of looming energy shortages, cooperation between importers, governments and producers is urgent in order to fast-track investments in all stages of the LNG supply chain and to implement all possible measures to guarantee reliable LNG supplies."