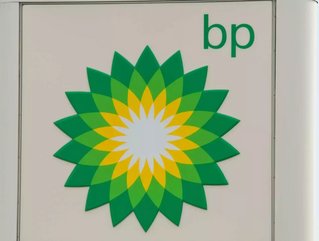 In a recent press release, BP Ventures announced that it would be investing USD$5mn in geospatial analytics software company Satelytics...

In a recent press release, BP Ventures announced that it would be investing USD$5mn in geospatial analytics software company Satelytics

Based in the cloud, the company’s technology features state-of-the-art technology utilising spectral imagery and machine learning (ML) algorithms to detect environmental changes such as leaks, which could prove a core asset in the bid to make oil and gas facilities safer.

Summarising the functions of its equipment, Satelytics details a seven-part process:

1. Data acquisition is carried out via a host of airborne sensors, including satellites, aircraft, drones and fixed platforms.

2. These sensors are able to detect light across the electromagnetic spectrum.

3. However, the sensors are designed to pick up on a limited band of frequencies in order to focus on specific phenomena.

4. Advanced algorithms can then detect these phenomena from data contained in the pixels of the image.

5. ML-driven analytics can then recognise, catalogue and recommend a course of action for the incident.

6. All of this data analytics is rendered on Satelytics’ chosen cloud platform AWS.

7. The company’s dashboard provides the user with a richly detailed visualisation of the data and can be configured to notify people automatically via smart devices.

Commenting on his company’s satisfaction at having been selected by BP, Sean Donegan, CEO of Satelytics, said, “BP’s early use of our detection and quantification software has inspired us to expand our capabilities.

“BP’s investment marks an inflexion point for Satelytics, which will assist us in expanding our technological capabilities and fuel future innovation.”

Developing safety in the industry

The $5mn investment from BP is part of the company’s larger goal of installing methane measuring equipment at all of its sites by 2023, which it hopes will lead to a 50% overall reduction in methane intensity.

“We are excited to work closely alongside their unique team of scientists and technologists to help them evolve their technology and to continue to move the needle on industry digitalisation.”

“Earlier this year we announced our ambition to become a net-zero company by 2050 or sooner and to help the world get to net-zero.

“Advanced technologies such as Satelytics, integrating multiple approaches to efficiently detect emissions, have the potential to be a valuable tool that can support this work,” he concluded.