bp and EnBW raise stakes in ScotWind leasing round 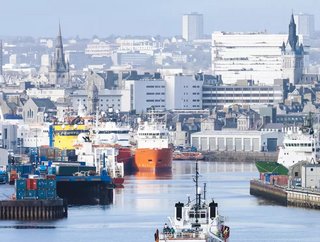 bp has teamed up with German utility group EnBW to propose installing 2.9GW of capacity in the ScotWind leasing round

Hot on the heels of ScottishPower and Shell's windfarm application in the ScotWind leasing round run by Crown Estate Scotland, bp has teamed up with German utility group EnBW to propose installing 2.9GW of capacity.

bp, pledging £10 billion in investment, would use its integrated business model to invest in net zero industries, including green hydrogen production and accelerate the expansion of Scotland’s EV charging network, as bidders are being assessed on their supply chain development plans. Aberdeen would be the main beneficiary.

"We want to harness the clean power from Scotland’s offshore wind and use our capabilities as an integrated energy company to accelerate the country’s EV charging network, build its hydrogen offering and strengthen its supporting infrastructure, including ports and harbours," said Dev Sanyal, bp’s executive vice president for gas and low carbon.

bp and EnBW would also invest in a new skills capability accelerator developed by energy consultancy Xodus which will provide on-the-job project experience and formal learning. The five-year, multi-million financial commitment includes creating entry-level energy transition roles, and the reskilling of hundreds of oil and gas workers, graduates and technicians with renewable sector capabilities. bp and EnBW have launched a bespoke online portal for the Scottish engineering and supply sector to participate.

bp, EnBW and Forth Ports have already signed a Heads of Terms agreement with a financial commitment that will supplement Forth Ports’ £40million investment in their planned Renewables Hub at the Port of Leith.

"EnBW will bring its engineering know-how and track record as one of the leading offshore wind developers into the Scottish market," he said. “We are very keen to successfully further develop this project. Last year, we completed the largest German offshore wind project and are very confident in dealing with the complexity of this industry. With this background, we are looking forward to supporting a clean energy future for Scotland."

EnBW is beefing up its renewables profile after grappling with profitability at its coal-fired power plants, recognising impairment losses of around €950 million in the Sustainable Generation Infrastructure segment. Offshore wind farms have also been impacted (about €250 million), which the company attributes to the accelerated feed-in tariff model (operators are paid a higher initial subsidy than under the basic model, but for eight years instead of 12).