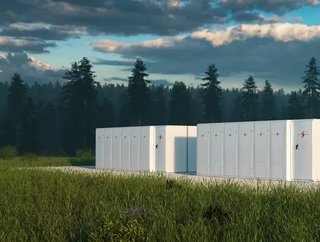 Founded in 2001, Canadian Solar has a bold mission: “to foster sustainable development and to create a better and cleaner earth for future generations by bringing electricity powered by the sun to millions of people worldwide.” The company has been awarded a significant contract for a 45MWh battery storage project by Colombia’s Ministry of Energy and Mines.

The Next Stage of Growth for Canadian Solar

The tender was launched by the ministry’s Energy Mining Planning Unit (UPME) earlier this year and called for propositions on how to deploy grid-scale battery energy storage systems (BESS) technology to reduce stresses on systems and create a reliable grid in Barranquilla, in the Department of Atlantico area, Northern Colombia. The grid-scale storage system will also provide the network with greater amounts of energy.

The aim of the tender was for UPME to source suppliers, as well as construction, operations, and maintenance partners for the project. Subsidiaries of Canadian Solar and Engie, another global leading energy provider, were among the international companies who took part in the tender, along with local companies. All companies in the running were required to submit either a single system design or a distribution system that connected to specific substations.

Canadian Solar said it had been granted a 15-year revenue structure by the Latin American nation’s government, in line with Colombia’s inflation rate or producer price index. Plans are underway to begin operations as of June 2023. “We are very proud to have won this project in the first pure storage tender in Colombia. This is also our first energy storage project in the country and the Latin America region,” says Canadian Solar CEO and chairman Dr Shawn Qu

.Winning the contract will a long way towards obtaining a greater market share of the growing energy storage industry, which the company has been working towards for some time. The company’s US-based subsidiary, Recurrent Energy, has obtained around 2.3GWh worth of US battery storage projects, which are either in the contractual stage or already under construction. The implementation of battery storage projects in Latin American countries will open up more opportunities for the integration of renewable energy in the future.