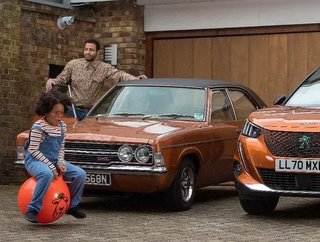 Despite the cost savings, consumer research from EDF shows drivers are still in the dark about the benefits of switching to electric

EDF’s GoElectric 35 EV tariff offers an off-peak charging rate of 4.5p / kwh - the lowest in Britain and equivalent to just 1.3p per mile for a typical Electric Vehicle (EV).

This means it’s possible for British drivers to travel for a penny a mile for the first time since 1972, when petrol cost 35p per gallon, the Ford Cortina was the country’s most popular car, flares were all the rage and T.Rex and Slade were topping the charts.

Despite the cost savings, consumer research from EDF shows drivers are still in the dark about the benefits of switching to an EV. The average motorist estimates it would cost 34p to travel a mile in an EV, with over a third (38%) not aware that it’s cheaper to fully charge an electric vehicle than to fill a petrol/diesel car with a full tank of fuel.

The research of 2,000 motorists across the UK showed that drivers believe it costs an average of £25.80 to fully charge an EV - £20 more than the true cost using the EDF GoElectric 35 tariff.

Despite the lack of understanding of the cost savings offered by EVs, motorists are increasingly attracted by their environmental benefit. Over half (56%) have made, or are considering making, the switch to an EV as they believe they are more environmentally friendly and 35% believe that an EV will make them feel that they are ‘doing their bit’ towards hitting the government’s target of Net Zero carbon emissions.

Currently the collective ‘carbon footprint’ of petrol and diesel cars on UK roads is fourteen times what it would be if all those vehicles were to switch to electric by 2030.

With 32.4 million petrol and diesel cars on UK roads, these emit around 69.5 million tonnes of carbon dioxide per year, when driven an average of 7,600 miles. By comparison, the same amount of electric cars would add less than 5 million tonnes of CO₂ to the environment by 2030 - a fall of 92 per cent, reducing Britain’s overall carbon footprint by more than 10 per cent.

Philippe Commaret, Managing Director for Customers at EDF, said: “As Britain’s biggest generator of zero carbon electricity, we’re committed to making it as easy as possible for motorists to make the switch to an EV. Combined with the dramatic environmental benefits that could be achieved if we were all to switch to an electric vehicle over the next ten years, there has never been a better time to consider going electric.”

The 100% zero-carbon renewable tariff offers 35 hours of off-peak energy per week at 4.5p/kWh (5 hours off-peak between 12-5am GMT daily). Through its partnerships with Drive Electric and Pod Point, EDF aims to encourage more motorists to switch to electric motoring, providing customers with access to a range of electric vehicle offerings from chargers for home, electric vehicle leasing, and three different tariff options.