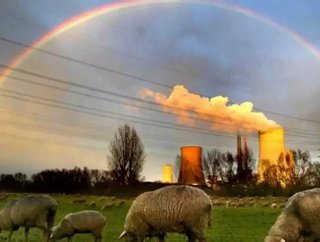 In response to the tens of thousands of protestors who flooded the streets of 21 German cities this weekend in protest of nuclear power, German Chance...

In response to the tens of thousands of protestors who flooded the streets of 21 German cities this weekend in protest of nuclear power, German Chancellor Angel Merkel announced today that the country would be nuclear-free by 2022.  In its place the country plans to implement renewable clean energy on a massive scale.

“Germany will be the first large industrial country to move to highly efficient and climate-friendly energy,” said Merkel in a press conference.  “The path will be a great challenge for Germany.”

German’s coalition government negotiated all weekend in response to the protests and has agreed that the eight old reactors already shut down immediately following the Fukushima disaster would remain closed.  Six remaining reactors will be phased out by 2021.  Three reactors will remain open as a temporary backup, but would all be shut down by 2022.

CERAWeek 2011 in Review: Natural Gas the Solution to Oil Shortfall Mining Helium-3 will Transform the Dark Side of the Moon Types of Biofuels: Ethanol, Biodiesel, Biobutanol, and the Companies that Make Them

The government highlights that the move to phase out nuclear power will also need to ensure Germany still remains industrially successful.  That will include affordable energy for businesses and citizens, while not relying on external energy input, all while protecting the environment.

“Today is a good day for German energy policy,” Merkel added.  “One could almost say it’s a historical day.”