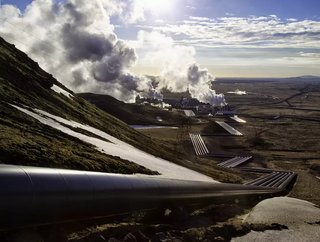 In a press release today, Google announced it had signed a corporate agreement with Fervo Energy. The aim of this agreement is to provide carbon-free energy to a grid that supports Google’s Nevada Data Centre Campus. Google previously announced it plans to exceed expectations for 100% renewable energy, but to do this requires some innovative new technologies, new transaction structures and progression in clean energy policy.

The exclusive corporate agreement is said to provide an “always-on” carbon-free energy supply intended to reduce the data centre’s reliance on fossil fuels. Upon launching the geothermal energy method, it will supply electricity to the grid used by the data centre - where Google has already committed to one of the world’s largest corporate solar-plus-storage power purchase agreements.

“This collaboration also sets the stage for next-generation geothermal to play a role as a firm and flexible carbon-free energy source that can increasingly replace carbon-emitting fossil fuels — especially when aided by policies that expand and improve electricity markets; incentivise deployment of innovative technologies; and increase investments in clean energy.” said Michael Terrell, Director of Energy at Google.

Google has already taken some big steps to convert its data centres to renewable energy. On Earth Day, CEO of Alphabet, Sundar Pichai, announced that five of its data centre sites operated at around 90% carbon-free energy last year.

The Next-Generation of Geothermal Energy

Google is currently working with Fervo to use AI and machine learning to increase the productivity of geothermal energy. The traditional method of geothermal already produces carbon-free energy that is used by a number of power grids, but the cost is substantially more than Fervo’s next generation of production. The cost of implementing the traditional method means it occupies only a small percentage of overall renewable energy capacity.

This is where the new technology comes in. The new geothermal process makes use of advanced drilling, fibre-optic sensing and analytics techniques to create a more lucrative form of energy production. According to the US Department of Energy, geothermal energy could administer up to 120GW of capacity in the US by 2050 - thanks to advancements in policy, technology and procurement.

The use of real-time data provides significant insight into the best locations for setting up geothermal operations. Using fibre-optic calves inside wells allows Fervo to measure flow, temperature and performance of resources. There is potential to bring more flexible geothermal power to various places by using this technology in conjunction with AI and machine learning.