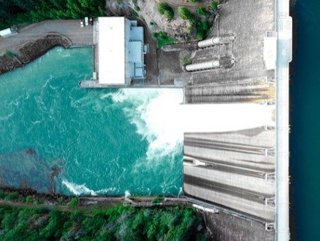 The latest investment - following last month's £10mn investment in Bramble Energy - is part of a funding round expected to total at least NOK140mn. The investment is subject to Gen2's shareholders who will hold a general meeting this month.

With this purchase of a minority equity stake, HydrogenOne has the right to a board seat at Gen2, and the potential to co-invest in Gen2’s projects.

Gen2 was established in 2019, with the ambition to manufacture green hydrogen, at scale, by connecting to the abundant and low cost renewable power which is being generated in excess of market demand in the region.

Hydroelectric power, the key constituent in the power mix in Norway, has the additional advantage of very high uptimes compared to green electricity from wind and solar sources, meaning Gen2’s electrolysers could operate virtually 24/7, with lower unit costs of hydrogen as an outcome.

By converting this electricity to green hydrogen, and shipping the hydrogen to industrial customers, the company aims to become a regional supplier of low cost clean fuel and feedstock. Gen2 has a series of projects in its pipeline, totalling an estimated 700MW, in Norway to begin with, which could commence production in 2024-2026.

HydrogenOne is investing in Gen2 alongside HyCap, while existing industrial backers include Vitol, Höegh LNG, and the Knutsen Group.

Simon Hogan, Chairman of HydrogenOne said Gen2 marks HydrogenOne’s first step into investment into hydrogen supply projects, and we are looking forward to working with the Gen2 team to progress these exciting developments.

"This transaction demonstrates the breadth of opportunities available to HydrogenOne as we roll out our investment strategy," he said.

Jonas Meyer, Gen2's CEO, said: "Green hydrogen is expected to play a vital role in the path to a zero-emission society, and Gen2 is developing attractive projects with some of the lowest estimated capex and opex in Europe.’’ In January, TECO 2030 ASA and Gen2 Energy signed an MoU to cooperate on relevant projects where green hydrogen is needed for fuel cells. To read more on its planned production sites, click here.

Cleantech company Enapter is launching what it claims is the first standardised electrolyser suitable for mass production. It aims to boost the green hydrogen market by mirroring the success seen with the commodification, rapid uptake and cost reductions of standardised solar modules. The AEM Electrolyser EL 4.0 is billed as a 'one-size-fits-all solution' for green hydrogen production.

GWM is highlighting its Hydrogen-L.E.M.O.N. Technology, also positioned as a 'full-scenario solution' of hydrogen power systems. It will set up a global hydrogen fuel cell R&D base to conduct research on fuel cell technology, and recruit and train local talents in Brazil in intelligence and clean energy to create green production.

Southern California Gas Co. (SoCalGas) has kicked off the assembly of its H2 Hydrogen Home in Downey, a demonstration project designed to show the resiliency and reliability of a hydrogen microgrid.

Guidehouse, a leading global provider of consulting services to public sector and commercial clients, has announced a new consortium, Building the Clean Hydrogen Economy, which has been working together since autumn 2021.