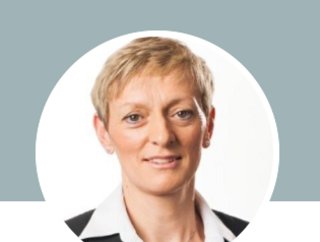 Jane Toogood has been appointed the UK's first Hydrogen Champion to drive industry investment and deployment.

The Sector Chief Executive at Johnson Matthey will aim to deliver on the government’s hydrogen ambitions including supporting up to 10GW of hydrogen production capacity by 2030, aiming to run annual allocation rounds for electrolytic hydrogen, and designing, by 2025, new business models for hydrogen transport and storage infrastructure.

The UK government aims to have 1GW of electrolytic hydrogen in operation or construction by the end of 2025 – which could produce enough hydrogen to fuel up to 45,000 buses per year.

At the Hydrogen Investment Summit later today, a new round of funding will be announced with a joint revenue and grant funding round for low-carbon hydrogen projects opening for applications.

Business and Energy Secretary Kwasi Kwarteng said with the right investment, we can unlock the enormous potential of hydrogen by reindustrialising our economy and ending our dependency on expensive fossil fuels.

“The new funding represents an important step forward in realising this potential, and I look forward to working with Jane Toogood as our new Hydrogen Champion, ensuring industry and government are aligned to accelerate hydrogen production as a clean, home grown energy source - boosting our energy security and creating jobs," he said.

Toogood said the UK Government has ambitious plans for the UK to ramp up hydrogen technology.

"Hydrogen deployment as a clean energy source is one of the key solutions to help the UK reach its net zero targets and I strongly believe there is an opportunity to accelerate this, working collaboratively across industry and government to land projects and infrastructure on a timeline that serves stakeholder and customers’ needs," she said.

“At Johnson Matthey, we see that demand for hydrogen ecosystems globally is being taken up across industry, transportation and the power sector at a rapid pace, especially with the increased focus on energy security.

"As the UK’s Hydrogen Champion, working with industry and Government, I hope to ensure we make progress in building a thriving hydrogen economy ensuring private sector investment and policy decisions are aligned to support timely decisions and outcomes.“

Johnson Matthey recently announced it is building a £80mn gigafactory at its existing site in Royston, UK, to scale up the manufacture of hydrogen fuel cell components. It is expected to be in operation by the first half of 2024.

Earlier this year, it announced a refreshed strategy, with an ambition to be the 'market leader in performance components for fuel cells and electrolysers', targeting more than £200mn sales in hydrogen technologies by end of 2024/25 (click here).