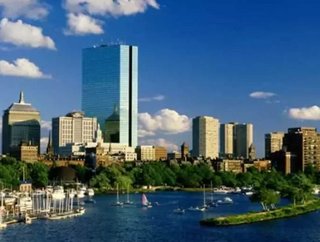 Last week the American Council for an Energy-Efficient Economy (ACEE) announced its annual rankings of the most and least energy efficient states in t...

Last week the American Council for an Energy-Efficient Economy (ACEE) announced its annual rankings of the most and least energy efficient states in the US. Taking into account the state-level programs and policies each state uses to encourage energy efficiency, it was a surprise to see Massachusetts trump California, considering California became the first state to enact the cap-and-trade system on the same day of the announcement. So how did they do it?

The Green Communities Act, signed by Patrick in 2008, helped the state take giant steps toward a clean energy future under a bold and comprehensive bill. Under the new law, major utility companies in the state are required to purchase all available energy efficient retrofits that compete with electricity, allowing customers to save on utilities and make upgrades to current energy systems in their homes. The utility companies were also required to enter 10 to 15 year contracts with renewable energy developers, in turn, financing clean energy developers to get started on future projects.

“With this legislation, Massachusetts takes its rightful place as a national leader in energy reform and environmental protection,” according to Secretary of Energy and Environmental Affairs Ian Bowles in a 2008 statement. “This legislation will help businesses and residential consumers fight rising energy costs, reap the benefits of renewable energy, and grow our clean energy industry.”

An Ultra-Efficient LED Bulb Below $15?

The ACEE also found that total budgets for electricity efficiency are up by over a billion dollars since 2009, and many states have adopted energy-saving programs, including the Energy Efficiency Resource Standard (EERS).