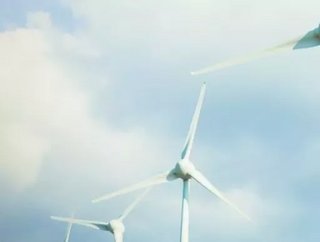 Neoen is set to build a 157MW wind farm in Queensland, Australia after signing a 110MW power purchase agreement with CleanCo Queensland.

Located near the town of Ravenshoe, 80 kilometres south-west of Cairns, the Kaban wind farm will consist of 28 turbines connected via a new substation in to the existing 275kV overhead transmission line operated by Powerlink Queensland.

The wind resource in Far North Queensland generates an electricity profile that is different and highly complementary to southern regions of the National Electricity Market, the company says, adding that energy generation is scheduled to commence in 2023. Northern Australia Infrastructure Facility is in its due diligence phase to support the £205 million investment to support Neoen. When construction commences in 2021, the project is expected to create more than 150 jobs in the Far North Queensland region.

The establishment of a Community Benefit Fund will provide opportunities for local community-building initiatives totalling £27,725 annually, for the lifetime of the project.

"We are delighted to be working with CleanCo and Powerlink on our second Queensland project together," says Louis de Sambucy, Neoen Australia's managing director. “This agreement underscores our deepening involvement in the State’s clean energy transition, and we are proud to be supporting Queensland’s progress towards its ambitious target of 50 percent renewable energy by 2030.”

This is the second deal this year between Neoen and Queensland’s CleanCo, a publicly owned electricity company. A 352MWp power purchase agreement for Western Downs Green Power Hub – Australia’s largest solar farm – was recently signed by the two companies.

The deal is also CleanCo’s third renewable energy offtake agreement since its establishment in December 2018. The Kaban wind farm will contribute to the energy needed for CleanCo Queensland to meet its target of 1GW of new renewable generation by 2025.

“We are proud to be involved in this new renewables development which will continue to improve electricity affordability for Queensland," states Maia Schweizer, chief executive of CleanCo Queensland. “Large energy users in Queensland are increasingly looking to power their businesses with affordable renewable energy, which gives us the confidence to continue to invest in projects like Kaban. CleanCo is pleased to continue supporting investment and jobs in Far North Queensland as we move closer to our target of supporting 1 GW of new renewable generation by 2025 and maintain progress towards the target of 50% renewable energy by 2030,” she adds.

"We are pleased to progress the project to our due diligence phase. Our mission is to support projects and businesses in northern Australia to facilitate economic growth and help catalyse private sector investment. As such NAIF looks forward to continuing to work with our stakeholders, including the Queensland Government, to assist in the future development and growth of the State’s renewable energy sector.”

“As one of the world’s leading and fastest-growing independent renewable energy producers, we are committed to delivering affordable, reliable and clean energy to communities across Australia and in our 13 other countries,” he concludes.