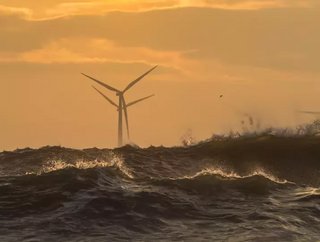 If you’re the organisation behind the world’s most powerful tidal turbine, you’ve already got solid foundations to launch your new ventures off of. Orbital Marine Power, responsible for the Orbital O2 turbine, is kickstarting its new energy endeavour as it pumps US$31mn into its floating tidal energy project. The company is to lead a consortium of businesses to target the commercialisation of the renewable energy resource, hoping to stimulate growth in a sector that, thus far, has seen limited levels of engagement and development.

The Scottish engineering business is optimistic about its ability to launch the industry forwards toward a future that utilises tidal energy capabilities, and it seems to be succeeding in rousing support. The organisation revealed its US$31mn project is set to receive a comfortable US$24mn in investment courtesy of the European Commission’s Horizon 2020 programme, despite the UK leaving the EU at the beginning of last year.

The company is supposedly focusing on merging “floating tidal energy, wind generation, grid export, battery storage, and green hydrogen production” in an ambitious attempt at innovating the future of the renewable energy sector. It’s confident that the final product will be installed at the European Marine Energy Centre in Orkney, just off of the north of Scotland, where it will combine with a hydrogen production plant and battery storage.

What’s more, the turbine will sit pride of place beside the company’s other energy endeavour - the O2.

Tidal energy is also being researched and developed by other companies across Europe such as Tractebel - a branch of French utility Engie - which is evaluating the possibility of “large scale integration of tidal energy to the European energy system” to initiate “a smart energy management system and an operational forecasting tool.”

It’s evident that Europe is keen to pave the way for the rest of the world when it comes to tidal energy, splashing money on projects that prove to hold potential. UK company Nova Innovation recently received around US$8.9mn from the Scottish National Investment Bank to contribute to the manufacturing of its subsea tidal turbines and to contribute to funding increased research and development into marine renewable energy.

But despite investments and an increase in interest, marine energy solutions aren’t getting the boost they need and it remains lagging behind other alternatives in the industry. Perhaps Orbital’s project might be the spark the sector needs to reignite a little motivation.