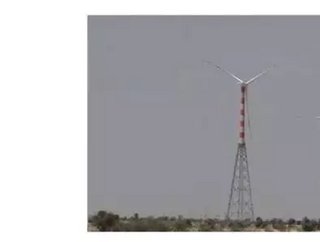 ReNew Power has commissioned a 300MW wind power generation facility in the Indian state of Gujarat...

ReNew Power has commissioned a 300MW wind power generation facility in the Indian state of Gujarat.

The project, located in Kutch District, will provide clean power to the states of Haryana and Orissa at a wholesale rate of 2.44 Indian Rupees (US $0.034) per unit (kWh), a lower rate than that of power generated through conventional thermal power plants in the region.

ReNew has entered into a definitive agreement for a business combination with RMG Acquisition Corporation II, a publicly traded special purpose acquisition company (SPAC), that would result in ReNew becoming a publicly listed company. Completion of the proposed transaction is subject to customary closing conditions and is expected to occur in Q2.

Founder, Chairman and CEO of ReNew Power, Mr. Sumant Sinha said the commissioning marks one of the largest wind farms in the state, with 120 turbines, 73 kms of extra high voltage transmission lines and over 330 kms of medium voltage transmission lines. "This is an important achievement for ReNew, and for India as the country continues down the path of decarbonization," he said.

According to data reported by the Ministry of New and Renewable Energy for January 2021, solar power capacity in India was 38.7GW and Wind energy capacity was reported to be 38.6GW.