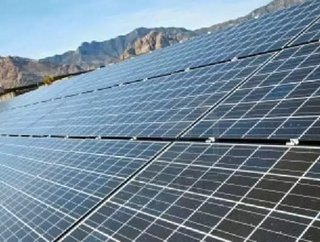 Although solar accounts for less than 1 percent of California's electricity, the state hopes to see it play a key role in the its energy future. Ca...

Although solar accounts for less than 1 percent of California's electricity, the state hopes to see it play a key role in the its energy future. California Governor Jerry Brown is confident that renewable energy will account for one third of the state's electricity needs by the end of the decade.

Billions of dollars of federal stimulus funding and a state law that requires utilities buy a third of their electricity from renewable sources by 2020 has created a rush of huge solar plants setting up shop in the Mojave Desert. Hundreds of jobs will be created in the race to bring electricity to millions of homes from renewable energy resources.

Although the recent collapse of Fremont and Solydra, receiving huge federal loans, has dominated the news, many other solar companies are thriving. BrightSource Energy, for one, is well on its way to completing the world's largest solar thermal power plant after getting a $1.6 billion loan guarantee. When completed, it will generate enough power from solar for 140,000 homes. BrightSource's Ivanpah facility is expected to generate 370 megawatts of electricity, displacing 13.5 million tons of carbon dioxide emissions over the project's 30 year life. Big utility companies have already invested millions in the project and signed long term contracts to purchase a fraction of the energy.

"Solar thermal technology projects like Ivanpah are playing a vital role in helping us meet our state renewable goals while providing for a secure and sustainable energy future," Fong Wan, senior vice president for energy procurement at PG&E, said in a statement.

Ivanpah uses mirrors to boil water and create steam to turn turbines that generate electricity, whereas traditional rooftop solar panels convert sunlight into electricity. The company is also making an effort to leave much of the native vegetation intact, an issue critics complain about the most. According to BrightSource CEO John Woolard, "This has the lowest environmental impact of any project in solar," since the use of water, soil and terrain is kept to a minimum.

To ease the tensions between solar companies and conservationists, California is developing a plan to decide which parts of the desert will be open for solar farm development and which areas will be protected.