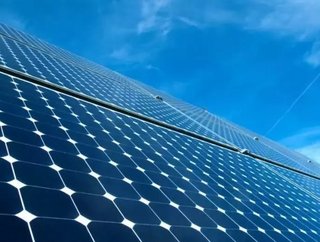 SolarCity, which is the biggest installer of residential solar panels in the U.S., has announced that it plans to acquire solar panel maker Silevo and e...

SolarCity, which is the biggest installer of residential solar panels in the U.S., has announced that it plans to acquire solar panel maker Silevo and expand into manufacturing with new panel factories.

This comes after SolarCity announced the acquisition of Zep Solar in October last year. Zep Solar manufactures the racks solar panels are placed on.

According to sources, SolarCity is paying $200 million in shares for Silevo. It may also add another $150 million if cost and volume targets are met, Peter Rive, SolarCity's chief technology officer, was quoted by The Wall Street Journal as saying. Rive said that the acquisition makes SolarCity “the most vertically integrated solar company in the world.”

Silevo makes high-efficiency solar modules. The acquisition indicates that a breakthrough may be impending in the cost of solar power. As of now, the market is dominated by Chinese companies. Even Silevo’s current manufacturing unit is in China.

SolarCity said that the acquisition will enable it to efficiently produce low-cost panels in volumes large enough to ensure its supply.

It is further reported that the company is in talks with the New York state to build one of the world’s largest solar panel factories within the next two years, with the annual capacity of at least one gigawatt.

The company spokespersons expressed confidence about the New York plant, which will be highly automated and thus keep the labour charges low. Moreover, Chinese companies are subjected to many tariffs, which will not be applicable to SolarCity. This may lead to lowering of prices. Already, panel prices have gone down significantly in USA as the solar energy sector has expanded and its capacity has grown by 41 percent, according to a report by GTM Research and the Solar Electric Utilities Industry.

SolarCity is headed by Elon Musk, who is also the CEO of Tesla Motors. “If we don’t do this, we thought there was a risk of not being able to have the solar panels we need to expand our business in the long-term,” he said in a conference call on Tuesday. He said that SolarCity’s goal will be to produce solar panels capable of generating power "cheaper than coal or fracked gas power."

Musk had earlier told that he dreams of a “gigafactory” to produce batteries to power his Tesla cars. He and Rive both said that their company plans to open larger factories to manufacture better looking panels which will find a widespread appeal.