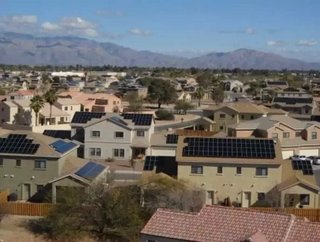 SolarCity has made headlines for its unique business model. The companys focus is on residential and commercial solar roof installation, and has sprea...

SolarCity has made headlines for its unique business model.  The company’s focus is on residential and commercial solar roof installation, and has spread its influence across the U.S. with great success.  SolarCity has now received a $344 million loan guarantee from the U.S. Department of Energy to outfit military housing rooftops with solar panels.

The loan guarantee will see SolarCity partnering with military housing developers to install up to 160,000 solar rooftops, with an estimated 371 megawatts of generating capacity.  That will effectively double the amount of installed solar rooftop power in the U.S., with 166,000 solar roof installations total reported in Q1 2011 by GTM Research.

The project is being carried out in partnership with Bank of America Merrill Lynch, SolarCity, and USRG Renewable Finance—a subsidiary of U.S. Renewables Group—who will serve as the lead lender.

"This will be the first time that long-term debt has been successfully deployed to finance a residential distributed generation project at such a large scale," according to Ed Feo, Managing Partner of USRG Renewable Finance.

Lyndon Rive, SolarCity’s CEO, said, “Now the solar industry has a debt model that can make distributed generation affordable on a massive scale."

The program is being called “SolarStrong,” an obvious play on the Army slogan: “Army Strong.”