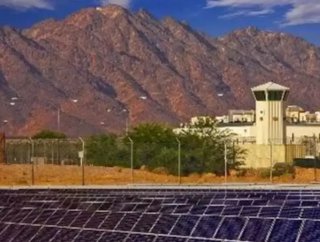 A handful of state prisons throughout Colorado seem to be on to something. Nine state prisons have recently installed solar photovoltaic arrays, which...

A handful of state prisons throughout Colorado seem to be on to something. Nine state prisons have recently installed solar photovoltaic arrays, which are working hard to harness the powerful rays of the sun. This could have numerous benefits, not only for the prisons, but for taxpayers as well.

Solar panels have been set up at numerous prisons throughout Colorado, including the San Carlos prison in Pueblo, the Colorado Territorial prison, the East Canon Prison Complex in Canon City, as well as the Arkansas Valley prison in Ordway. This new renewable energy project is predicted to save state taxpayers $475,000 in electricity costs during the course of the next 20 years by generating enough electricity to power the equivalent of 80 homes.

Inmates worked alongside MW Solar Solutions workers on the installation of the panels and even fabricated some of the clips used to hold the panels in place, says Colorado Correctional Industries Executive Director Steve Smith, according to iStock Analyst.

Now with these eco-friendly bulbs, when a worker leaves an office, the lights automatically turn off and come back on when the worker returns, said Maryann Aldrich, Territorial prison spokeswoman, according to iStock Analyst.

This renewable energy project can mean big things, not just for solar energy, but for hard-working taxpayers as well. Imagine all of the possible savings if every state prison started using solar power?