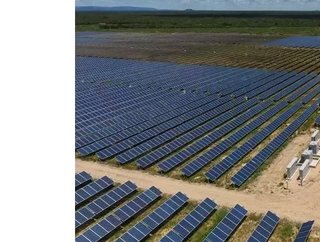 Total Eren has successfully finalised the financing of its 160MW wind portfolio, which is currently under construction in the Brazilian state of Rio Grande do Norte.

Total Eren has secured the financing for its two Brazilian wind farms through the issuance of a long-term financing agreement, with a maturity of 22 years.

BNB acted as the sole lender for the transaction. A limited/non-recourse letter of credit was provided by three commercial banks active in Brazil, namely Sumitomo Mitsui Banking, Banco do Brasil, and Banco Santander. The total investment cost of the Terra Santa and Maral complex reaches £115.6 million, the statement adds.

“We are pleased to have finalised the financing of our first wind projects in Brazil, Terra Santa and Maral. I would like to thank our financing partners: Banco do Nordeste, Sumitomo Mitsui Banking, Banco do Brasil, and Banco Santander, as well as our teams for their excellent work in achieving this transaction despite the current context related to the COVID-19 pandemic. Looking ahead, we are confident that we will be able to increase our footprint in Brazil and the development of new renewable energy projects in the country in the next years,” said Laurence Juin, chief financial officer of Total Eren.

Terra Santa (92.3 MW) and Maral (67.5 MW) both hold 20-year private Power Purchase Agreements (PPAs) and are expected to reach commissioning by mid-2021. Once completed, they will generate 720 GWh per year, enough to supply the needs of approximately 400,000 Brazilian homes.

The two wind farms will contribute to a low-carbon environment in Brazil and enhance socio-economic development with about 900 workers on site during construction and 16 during the operation and maintenance phase, Total Eren says.

“These financings confirm the long-term partnership that we have established with Banco do Nordeste do Brasil, since our first solar projects BJL 11 and BJL 4 were already financed by BNB. We are also delighted to open new relationships in Brazil with three new financing partners, respectively Sumitomo Mitsui Banking, Banco do Brasil, and Banco Santander. We have been able to work toward a financial close in a complicated period, and we look forward to building new projects together,” adds Pierre-Emmanuel Moussafir, managing director of Total Eren Brazil.

Active in Brazil since 2013, Total Eren aims to provide competitive renewable energy for both private and public customers. In addition to Terra Santa and Maral, Total Eren owns three solar PV plants in operation in Brazil: Dracena (90 MWp), BJL 11 (25 MWp) and BJL 4 (25 MWp). All of them benefit from a 20-year PPA signed with CCEE (Câmara de Comercialização de Energia Elétrica).

BJL 11, the first solar power plant to be commissioned by Total Eren in Brazil with 25MW capacity, is pictured.