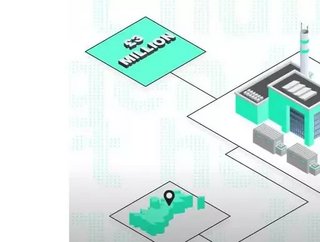 Retailers, warehouse operators and delivery companies would use hydrogen-powered transport and the hub would act as an R&D and knowledge center...

The UK’s first hydrogen transport hub is one step closer to becoming a reality, with the unveiling of an official masterplan and £3 million in government funding.

Located in Tees Valley, the hub will focus on research, testing and trials across different transport modes, and aims to be fully operational by 2025, creating up to 5,000 jobs in the north east.

Video regarding the The UK’s first ever hydrogen transport hub

Transport Secretary Grant Shapps said the hub will establish the UK as a "global leader" in hydrogen technology.

The Department for Transport’s masterplan sets out a vision for the hub and a blueprint of the infrastructure required to deliver that vision. The facilities within the hub also include an R&D campus for the creation and sharing of knowledge.

"Our region already produces more than 50% of the UK’s hydrogen, so it was a no-brainer for the government to set up the UK’s first hydrogen transport hub in Teesside so we can lead the way in developing the technology and fully unleash our area’s potential as we build back greener," he said.

James Carter, UK Head of Energy and Natural Resources at DLA Piper, said the investment in hydrogen hubs in Teeside - and North Wales - is to be applauded for all the benefits it will bring to those regions and the country as a whole.

"However, this is only the start of the build back greener programme," he said. "If the UK is to meet its net-zero carbon emission goal by 2050, and its aim to have 5GW of low-carbon hydrogen production capacity by 2030, far greater investment will clearly be required and additional hubs will need to be established."

He said if the UK is to play a lead role in the much discussed hydrogen revolution, sustained investment, on a greater scale over an extended period, will be required.