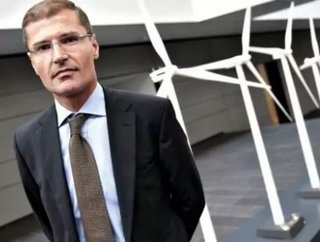 The potential over here is enormous, says VestasPresident and CEO Ditlev Engel in regard to the United States wind power market. With str...

“The potential over here is enormous,” says Vestas President and CEO Ditlev Engel in regard to the United States’ wind power market.  With strong wind corridors stretching from Texas through to North Dakota, plenty of wide-open land, and some of the most ideal coastal wind conditions for offshore wind farms, the U.S. is well suited for a wind power revolution.

Just a few years back, Vestas—an industry-leading wind turbine manufacturer based in Denmark—decided to invest in a U.S. manufacturing base to serve the wind power needs of North America rather than import turbines from China or Europe.  In fact, while most assume Chinese manufacturing to be the lowest cost, Vestas has noted that rising cost structures in Asia make the steady cost structures in the United States far more attractive for manufacturing.  Not to mention, shipping prices are going through the roof due to oil price hikes, and making wind turbines in the United States for the U.S. market is proven less expensive than to import them.

This equates to more jobs being created for Americans in the growing wind power industry.  Vestas employs approximately 3,000 workers throughout the United States and has a large factory in Colorado connected directly to a railroad line for further transportation cost reduction.  Secondary employment is extended through the various suppliers that Vestas relies on for parts, which come from 30 U.S. states.

"Our view is that the competition will further intensify, so being in the region for the region is important for us," Engel said. "If Vestas had not gone down this path, it would have been very difficult for us."

Vestas had record turbine orders in 2010 to the tune of 1,880 megawatts.  But Engel believes that the industry needs to work harder to convey to U.S. citizens the benefits of wind power. "It seems that many people can more easily relate to a lot of oil in the ground than to a lot of wind in the air," he says.

Engel also hopes that fears of exporting turbine manufacturing jobs to China will be subdued. "I think the good news from our industry ... is that it is not a worry people need to have. If you want to have more wind in the United States, the best way to do that is make it in the U.S." he says.

Engel does have one big concern, however, that both the private and government sectors will need to address to truly achieve a renewable energy society, and that’s an aging electrical grid. "No doubt transmission is a major concern," he asserts.

Nonetheless, the United States seems poised for a wind power renaissance, and Vestas, along with another domestic wind industry giant, General Electric, will likely lead the race toward a renewable energy society with wind power at the helm.