Wind energy CEOs urge G20 to 'get serious' about renewables 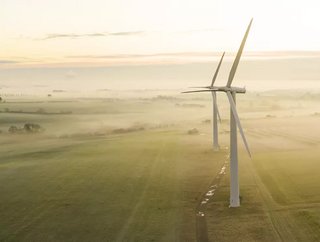 Leading CEOs of the global wind industry have called on G20 members to "get serious about renewables" in the climate crisis by raising national ambitions and urgently laying out concrete plans for increased wind energy production to replace fossil fuels.

Representing the Global Wind Energy Coalition for COP26, 23 CEOs have sent an open letter to leaders of the G20 acknowledging that while some progress has been made in the energy transition, current net zero pledges from G20 countries still put the world on a 2.4C global warming pathway, well beyond what is needed to avoid the worst impacts of climate change.

"G20 member countries represent more than 80% of global energy-related carbon emissions – so the leaders of these countries hold the power and public duty to transform the world's energy system," said GWEC CEO Ben Backwell. "These countries need to get serious about renewables, and in particular wind energy as the clean energy solution with the most potential to help the world meet its Paris Agreement targets."

The letter is signed by the leaders of the largest wind power companies – including Vestas Wind Systems, Siemens Gamesa Renewable Energy, Orsted, SSE, RWE, and Mainstream Renewable Power, and associations representing the industry in key geographies such as the UK, Brazil, China, Mexico, and South Africa.

The signatories highlight that the recent roadmap from the International Energy Agency (IEA) shows that annual wind deployment must quadruple from 93 GW in 2020 to 390 GW in 2030 to meet a net zero by 2050 scenario. Both the IEA and IRENA are aligned in the total wind energy capacity required for a net zero scenario which is compatible with a 1.5°C warming pathway, foreseeing a need for 8,265 GW and 8,100 GW by 2050, respectively.

If current growth rates for wind energy persist, the letter argues that global wind capacity will fall dramatically short of the volumes required for carbon neutrality by 2050, with installation shortfalls of as much as 57% by 2050.

"G20 countries have huge amounts of untapped wind power potential which can fulfil significant portions of national electricity demand, but they are barely scratching the surface of what they can deploy. With the current pace of wind power installations across the world, forecasts show that we will only install less than half of the wind power capacity needed to get to net zero by 2050," said Rebecca Williams, Director of COP26 at GWEC.

To reach this necessary level of deployment, the open letter calls on G20 nations to:

But the letter emphasises that achieving the scale and speed of deployment needed to tap into these benefits and achieve net zero ambitions is unrealistic under the present "business as usual" conditions, and unachievable without decisive and urgent policy change across the G20 countries.

The open letter to the G20 heads of state was also shared with a number of government, energy, finance and institutional leaders, including the leaders of COP26, UNFCCC, IRENA, IEA, IMF, WEF and a number of multilateral development banks.

Last month, an India Wind Energy Market Outlook 2025report, jointly released today by the Global Wind Energy Council (GWEC) and MEC Intelligence (MEC+) found the country, the world’s fourth-largest wind power market, is expected to add nearly 20.2 GW of new wind power capacity between 2021-2025. This would increase the country’s 39.2 GW wind market by nearly 50% and is a clear signal that the market is beginning to bounce back after a slowdown in recent years.

According to GWEC Market Intelligence, nearly 7GW of wind power capacity was auctioned globally in Q1 2021 – a 160% year-on-year increase compared to Q1 2020, which saw only 2.7GW auctioned due to a slowdown caused by the first wave of the COVID-19 pandemic.

Offshore wind accounted for the majority of the new wind power capacity awarded in the first quarter of the year, with 3.9GW awarded. Emerging offshore wind market US made up 64% of this new awarded capacity thanks to a second offshore wind solicitation in New York of 2.5 GW which was originally scheduled for July 2020 but was postponed due to the pandemic. The 2.5GW were awarded to Equinor and BP.

In McKinsey's Global Energy Perspective 2021 Report, renewables will become cheaper than existing fossil plants within the next decade, which will trigger a sharp uptake in the installed capacity of solar PV and onshore and offshore wind (5TW of new solar and wind capacity installed by 2035 - equivalent to fivefold growth).