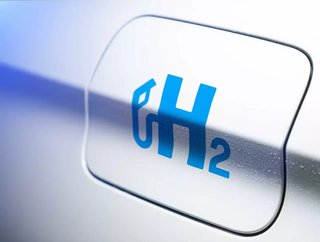 Cenex, a non-profit organisation, has partnered with two utility companies on creating a fleet of hydrogen-powered vehicles...

Cenex, a non-profit organisation, has partnered with two utility companies on creating a fleet of hydrogen-powered vehicles.

The company, which helps others to reduce carbon emissions through innovation, will be assisting two gas distribution networks (GDNs) - Northern Gas Networks and Wales & West Utilities - to meet the UK’s target of net-zero emissions by 2050.

Opting to pursue hydrogen as a clean alternative energy source, Cenex is working with the two GDNs to plan the necessary infrastructure that would make the plan feasible.

This plan will need to factor in the numerous complexities of a utility company’s fleet: a range of vehicle sizes, weights and power ratios, as well as specialised onboard equipment, will require a robust solution - one which Cenex considers beyond electric vehicles’ (EVs) capabilities for some time.

Hydrogen: fuel of the future

In addition to being one of the most abundant elements on the planet and a truly clean energy source (the only byproduct is water), hydrogen possesses almost three times more power than gasoline by volume.

However, despite this potential, advanced hydrogen fuel cells remain generally unavailable. Therefore, Cenex will be designing mandatory transport routes for the hydrogen fleets (using available technology) with integrated refuelling points along the way.

It is hoped by the company that the effective organisation of this logistical system will show the GDNs what hydrogen vehicles can achieve and encourage further development.

“Cenex will use its experience in hydrogen transport and infrastructure to assist Northern Gas Networks and Wales & West Utilities in measuring the total energy demand of their fleet, including emergency response vehicles,” said the company on its website.

“This is the first step towards real-world hydrogen vehicle trials and zero-emission fleets”.

Drawing a roadmap for zero-emission fleets

In 2019, the UK became the first major economy to enshrine its 2050 environmental pledges into law. Therefore, companies across practically every industry, but particularly the energy sector, have been devising new ways to bring their business into line.

“Gas distributors have a crucial role to play in helping the UK meet its net-zero carbon ambitions. At Northern Gas Networks, we are aiming for 50% of our fleet to be made up of ultra-low emission vehicles, including hydrogen vehicles, by 2026.

“By scoping the practicalities of running a hydrogen-powered fleet, this project can help gas distributors make the transition more effectively.”

Similarly, Lucy Mason, Innovation Manager at Wales & West Utilities, added that hydrogen’s potential to make every aspect of the energy production process greener was a valuable asset and one which deserves development.

“This project is a great opportunity for us to understand the role hydrogen vehicles can play in our own fleet and help us deliver for the communities that rely on us across Wales and South West England.”

Finally, Anthony Reid, Innovation Engineer at EIC, which is supporting Cenex in this endeavour, concluded:

“This project represents the commencement of an ambitious journey, for the gas distribution networks, towards greener business operations.

“In the runup to this project being kicked off, Cenex has continually demonstrated its wide-ranging expertise and established its importance in aiding the UK transition towards large scale low carbon vehicle deployment.”