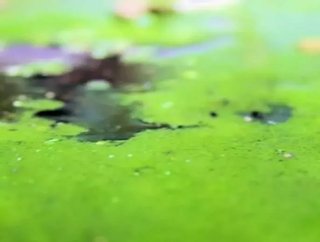 OriginOil, Inc., developer of the high-speed way to harvest algae and clean up frack water, announced yesterday the formation of a dedicated business...

OriginOil, Inc., developer of the high-speed way to harvest algae and clean up frack water, announced yesterday the formation of a dedicated business unit to aggressively market its continuous-flow, high efficiency and chemical-free technology for frack water cleanup and petroleum recovery. The company has named Dr. R. Gerald Bailey, former President of Exxon, Arabian Gulf, Abu Dhabi and UAE, as Industry Advisor to this unit, while veteran former Dow Chemical manager Bill Charneski will head the unit as its General Manager.

"I was able recently to observe OriginOil's lab-scale frac flowback water treatment process," said Dr. Bailey. "The process is quite an achievement and has so much potential. I am looking forward to helping get this process into wide use in the oil and gas industry as a highly portable, high-flow and chemical-free way to maximize oil recovery and re-use the huge amounts of water used in oil exploration today."

Is Fracking Cemeteries Immoral? Plot Owners Have No Say

Hydraulic fracturing, commonly referred to as fracking, is one of the most transformative technologies of today's economy. It allows the energy industry to cost-effectively access deep underground oil and gas reserves to power an energy-hungry world. The dark side of this revolution is that vast amounts of water are continuously used, extracted and contaminated in fracking and production processes.

According to Global Water Intelligence, "the oil industry produces around 2.5 times more water than oil. By 2025 it will be producing five times more water than oil. Handling produced water is a tremendous growth market, but the real opportunity is in treatment." With daily world oil production approaching 90 million barrels, this implies a potential market for disposal and treatment of at least $500 billion because energy companies pay between $3 and $12 to process each barrel of produced water, as reported by Greentech Media.