China Leads the "Charge" for Electric Vehicles in Guangdong Province 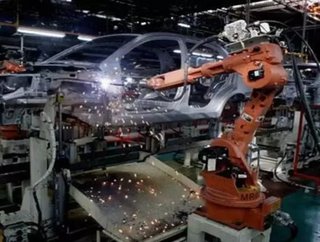 Written By: John Shimkus China is not ignorant to the fact that it has one of the largest and most rapidly growing populations on the planet. Couple th...

China is not ignorant to the fact that it has one of the largest and most rapidly growing populations on the planet. Couple this with CO2 emitting vehicles, and China’s carbon footprint is less than stellar. But the government is taking drastic steps to alleviate the problem of vehicle emissions through a massive electric vehicle infrastructure development initiative in Guangdong Province.

The ‘Guangdong Province Electric Vehicles Development Action Plan’ will prioritize the development of electric vehicles, including both hybrids and full-electrics. Assembly lines are to be built rapidly, with a target of rolling out over 200,000 electric vehicles by 2015.

The plan also outlines the development of charging stations and parking spaces equipped with charging equipment over the next decade.

The plan will initially be carried out by the public transportation sector, government departments and administrative business units. This first phase will see the development of 30,000 electric vehicles within the next few years.

The Chinese government has also stipulated that all local governments must increase the number of electric vehicles in their fleets to 10 percent by 2012.

Since 2010, a mandate has been in place requiring newly constructed gas stations, residential communities and public parking lots to be equipped with electric vehicle charging apparatuses. Existing facilities are required to retrofit their operations with charging equipment.

Electric vehicle ownership is to be incentivized throughout the Guangdong Province, with owners being given priority parking spaces in business districts. Electric vehicle owners will also be given priority in receiving license plates and the government is working out a preferential electricity rate policy to counteract fears of high charging costs.

It looks like China is going to be ahead of the curve in electric vehicle infrastructure development. With the U.S. also seeking to boost electric vehicle production in the coming decade, coupled with a strong clean energy pact between the two countries, it would be no surprise at all to see the U.S. and China working together and sharing technology to wean their respective societies off gasoline.