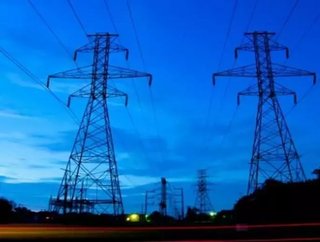 The new intelligent system provides Oncor with pinpoint access and insight into billions of data measurement points, from advanced meters and networking devices, to transmission sensors, power lines and generation plants. The project will also enable consumers to better manage energy consumption via an interactive web portal. To date, many Texan households have noted a 10 percent decrease in energy usage since the implementation.

Oncor is the largest regulated electric distribution and transmission company in Texas. With more than 118,000 miles of transmission and distribution lines, Oncor delivers power to more than 3 million homes and businesses in a service territory that includes Dallas and Fort Worth in North Texas and reaches to western, southern and eastern parts of the state. By the end of this year, the company plans to have installed approximately 3.2 million advanced meters across Texas.

“We want to take the lead in our industry on bringing the benefits of the advanced grid, including fewer outages and more customer control over bills, to the people we serve” said Joel Austin, Vice President and Chief Information Officer, Oncor.

“While we specialize in delivering reliable electricity, we need top-notch technology partners like IBM to give us better ability to capture and manage data. Through this partnership, we’re able to maintain our commitment to driving consumer engagement, while maintaining the high reliability and efficiency our customers expect from us.”

“As more utility companies embrace smart grids, we’re actually helping turn the traditional customer into a highly informed, environmentally conscious consumer who wants to play a role in reducing energy consumption,” said Michael Valochi, Vice President, Global Energy & Utilities Leader, IBM. “IBM is dedicated to working with utilities to help them add layers of digital intelligence into grids, using big data as a way to understand, monitor and control the flow of energy across all operations.”

The metering system provides near real time insight into energy usage, enabling consumers to play an active role in monitoring and conserving energy – a concept that can help reduce consumption by up to 40 percent, as evidenced by Oncor’s Biggest Energy Saver contest. Through the advanced metering solution, customers can access near real-time information about how much electricity they use throughout the day and which appliances and devices in the home consume the most power. This helps customers make smarter decisions about how and when they consume electricity, save money on their electric bills and reduce energy consumption.

The outage management system automatically reports power issues and outages within seconds, and flags emerging, potential issues in the grid. Oncor can respond quickly to resolve issues before they escalate; in fact, the new system has detected more than 20 percent of outages before customers called. For example, in March 2012, the system reported an early morning distribution failure that a field crew repaired before customers noticed.  Of the more than 1,400 notifications automatically received from the outage system in March and April 2012, more than half resulted in the outage being resotred before a customer reported it.

The smart grid is based on IBM hardware and software, including IBM POWER7 Servers and IBM Informix database software to manage the massive amounts of data produced by the smart meters. As a result of using Informix software instead of their prior data management solution:  · Meter data was loaded 20 times faster, and query performance increased up to 30 times faster. This is significant because faster processing of meter data enables faster business processes that use that data (such as meter-to-cash), and faster data analysis. · Data storage needs were reduced by 70 percent and remained linear over time, allowing for predictable data storage requirements and significant cost savings.