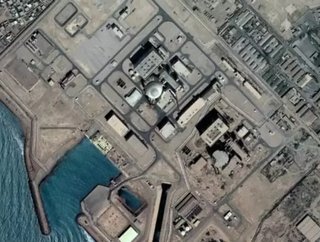 In spite of the Western mainstream medias continual provocation of the idea that theres a looming war with Iran over its nuclear energy program, the co...

In spite of the Western mainstream media’s continual provocation of the idea that there’s a looming war with Iran over its nuclear energy program, the country has gone ahead and brought its first nuclear reactor online.  The Bushehr nuclear power plant started feeding energy into the Iranian power grid on September 12, 2011.  The 1,000 megawatt plant is generating electricity at only 40 percent of its total capacity, but will reach full capacity by the end of the year pending further tests.

It was not so long ago that former U.S. president George W. Bush condemned Iran as a part of the “Axis of Evil,” a term that should frankly have never been coined and used so liberally in political discourse.  Iran’s pursuit of a peaceful civilian nuclear energy program is compliant under the terms of the Nuclear Non-Proliferation Treaty (NPT), to which Iran is a signatory.  The country has also been forthcoming with the International Atomic Energy Agency (IAEA) in allowing inspectors to comb the nuclear facilities for safety hazards and weapons threats.  The IAEA has reported that no evidence of weapons development is apparent at the facilities.

In 1995, Russia signed a $1 billion contract for the development of the Bushehr nuclear plant.  Last month the country supplied the enriched uranium fuel necessary to start the reactor.  The U.S. urged Russia not to provide the fuel until the country proved it was not developing nuclear weapons; however, Moscow cited Iran’s compliance with the IAEA as all the proof they needed to support the country’s nuclear ambitions.

Iran has signed a pledge to ship all spent nuclear fuel back to Russia for reprocessing, further reducing the chances of it being used to make nuclear weapons.

So does the world, particularly the U.S. and Israel, have anything to really fear?  Sure, Iranian President Mahmoud Ahmadinejad has stated in the past that Israel has no right to exist and should be “wiped off the map,” which may lead the country to suspect an imminent attack.  However, the now infamous quote alludes to the fact that Israel was established post WWII under what were at the time illegal pretences under international law.  Ahmadinejad even explained this in a candid interview with Larry King in 2008.  Furthermore, Israel’s own nuclear program was developed in secrecy, against international law, in the 1950s and 1960s.  Israel’s Dimona reactor was brought online by deceiving the IAEA, a fact revealed by Israeli whistleblower Mordechai Vanunu in 1986.  For leaking the information to the U.K.’s Sunday Times, Vanunu was kidnapped by Israeli forces, sent back to Israel, charged with treason and espionage, and served an 18-year prison sentence.

The reason this should all be of concern is because Western media has been shoving the idea of a war with Iran down our throats for the last several years now.  And why?  The country is being as forthcoming and compliant as international law requires and is fully entitled under the Nuclear Non-Proliferation Treaty to pursue peaceful civilian nuclear energy.  On the other hand, the United States has broken several international laws and agreements in its actions in both Iraq and Afghanistan, and the NATO-led strike in Libya is a complete farce when examining international laws on how to properly address a civilian-headed regime change.  Essentially, something fishy is going on, and unfortunately I fear that the opening of this nuclear power plant will only fuel a U.S.-led invasion and/or bombing campaign in Iran.  It’s unfortunate.  Around 1,500 Russians are currently working at the Bushehr plant, and any sort of attack on the facility, similar to the U.S. and Israel-led attacks on an attempted Syrian nuclear power plant just a few years ago, would likely trigger World War III.  The war profiteers of the world must be salivating at the very notion.  Oil companies too are likely eager to get their hands on Iranian reserves, just as we have seen in Iraq with its once off-limits oil fields now open to bids from multination oil firms.  But remember folks, it wasn’t a war for oil… right?  Libya doesn’t have oil do they?  Oh wait… yes… yes they do.  Sigh… World War III here we come!