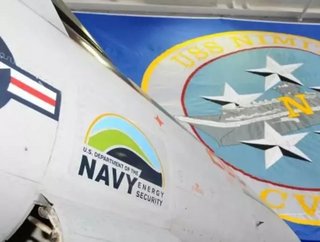 WASHINGTON (Nov. 14, 2012) &ndash; The militarys plans to expand its use of biofuel in planes, ships and other vehicles would generate at least about...

WASHINGTON (Nov. 14, 2012) – The military’s plans to expand its use of biofuel in planes, ships and other vehicles would generate at least about $10 billion in economic activity and create more than 14,000 jobs by 2020, according to a report commissioned by Environmental Entrepreneurs (E2).

Just as importantly, if the Department of Defense is able to expand its use of advanced biofuels like it has said it wants to do, it would jump-start the biofuel market, which in turn would speed adoption of biofuel by commercial airlines, vehicle fleets and other users, according to the report.

Led by the Navy and Air Force, the Department of Defense wants to reduce its dependence on oil by getting as much as 50 percent of its fuel from advanced biofuels by 2020. DoD’s top leaders have said reducing the military’s use of oil is essential to national security, troop safety and avoiding fuel price spikes.

But under the National Defense Authorization Act (NDAA) that Congress is expected to take up in the next several weeks, the military – the nation’s biggest user of oil and gasoline - would be prohibited from expanding its use of biofuel.

“The military often leads major economic transitions in our country –  think about aviation, communications or the Internet,” said Nicole Lederer, co-founder of E2, whose 800-plus members include business executives and investors who advocate for sound environmental policy that can lead to economic prosperity.

“Yet right now in Washington, some shortsighted lawmakers are poised to block a potentially major transformation of our national energy supply - and also hold back the significant economic growth and job gains that would come with it,” she said.

“ACORE recognizes the important national security and energy security benefits of the U.S. military's increased use of biofuel. This report from E2 also highlights the tremendous economic potential of the defense biofuels program. It has already attracted private capital for technological innovation and commercial-scale biorefinery construction, thereby creating geographically-diverse jobs.

Russ Teall, president and founder of biorefinery builder Biodico, which recently signed an agreement to provide advanced biofuels to the U.S. Navy, said:

E2 commissioned High Road Strategies, an industrial, economic and energy consulting firm, to conduct the study, which is based on biofuel goals previously announced by DoD. According to the report:

• Between $9.6 billion and $19.8 billion of economic activity could be generated by 2020 if the DoD is allowed to meet its previously announced biofuel goals.

• Of these jobs, more than 3,000 will be agricultural jobs from biomass production, and about 1,200 will be in biorefinery operation. An additional 10,000 jobs will be created from biorefinery construction.

• These economic and job impacts will be broadly distributed geographically, with the greatest benefits to states that create the strongest incentives for biorefineries.

• In order to meet the military’s cost and volume targets, advanced biofuel companies are leveraging $3.4 billion of private capital invested since 2007 to build new commercial facilities.

• Military demand is helping to shape the early market and scale the advanced biofuel industry, which could help the commercial aviation industry and other industries to meet their hopes and plans to expand their use of biofuel.

For the complete report and for more information about E2’s work on military issues, please see www.e2.org