Smart Highways Light up Roads in the Netherlands 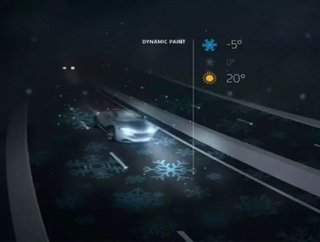 In the Netherlands, a new technology is set to hit the roads to make the lives of drivers a lot safer&mdash;roads that will feature glow-in-the-dark t...

In the Netherlands, a new technology is set to hit the roads to make the lives of drivers a lot safer—roads that will feature glow-in-the-dark tarmac and dynamic paint that will light up to warn drivers of weather conditions. After winning a Best Future Concept award at the Dutch Design Awards 2012, the technology is expected to be in use next year.

Designed by Studio Roosegaarde and Heijmans Infrastructure, the “Smart Highway” will include interactive lighting and an induction priority lane for electric vehicles, using light, energy and road signs that automatically adapt to varying traffic conditions. The pathways will be charged by solar power during the day, allowing them to illuminate the road by night.

The 'dynamic paint' used will respond to changes in temperature. Ice crystals will appear when road conditions are extra icy or slippery, for instance.

Solar Roadways: Infrastructure of the Future

“Research on smart transportation systems and smart roads has existed for over 30 years — call any transportation and infrastructure specialist and you’ll find out yourself,” Studio Roosegaarde communications partner Emina Sendijarevic told Wired.co.uk. “What’s lacking is the implementation of those innovations and making those innovations intuitive and valuable to the end-consumers — drivers. For this, a mentality change needs to take place within a country and its people.”