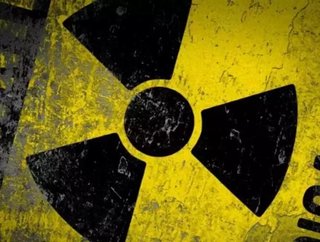 Usually, Energy Digital is strictly business; but this story is so unusual and unprecedented that we just have to share it with the world. Apparently...

Usually, Energy Digital is strictly business; but this story is so unusual and unprecedented that we just have to share it with the world.  Apparently a Swedish man has been reprimanded for attempting to build a homemade nuclear reactor.

31-year-old Richard Handl foiled his own plans to construct a homemade nuclear reactor when he called the Swedish Radiation Safety Authority in July to ask if he was even allowed to build it.  His seemingly harmless attempt to inquire as to the legalities of his research led to Swedish authorities storming Handl’s home in the small coastal town of Angelholm.

"We realized he probably had radioactive material at his home which you are not allowed to have without a permit, which was why the authorities decided to inspect his home," said Swedish Radiation Safety Authority research director Leif Moberj.

The extensive inspection of Handl’s home uncovered radioactive material, including small amounts of Americium-241, an isotope commonly found in home smoke detectors.  It is illegal to remove Americium-241 from smoke detectors as it can be very harmful if inhaled or swallowed.  However, tests revealed that the amounts found in Handl’s home were not enough to warrant any danger to neighbors.  The agency has yet to reveal what other types of radioactive materials were found.

Handl was quoted in the Helsingborgs Dagblad newspaper saying that he owns his own Geiger counter and had noticed no problems with radiation while conducting his experiments.  His plan for a homemade reactor was never completed, although he reportedly had purchased most of what was needed to build one.  All of his equipment has been confiscated by Swedish authorities.  Handle told the newspaper that in the future he plans to keep his work strictly theoretical to avoid such investigations.

Moberj added that the incident was “extremely unusual.  I haven’t heard of any similar things ever,” he said.

While Richard Handl’s plan to build his own small-scale nuclear reactor was foiled, I must applaud his candor.  The garage scientists of the world are the unsung heroes of the energy arena.  Tinkering in their workshops to develop exotic new ways to generate energy is exactly the kind of entrepreneurial spirit that will transform the energy sector and help truly achieve energy independence.  While well-funded universities and billion dollar companies certainly pump out some amazing energy breakthroughs, homebound researchers aren’t limited by grant guidelines or third-party funding specifications, and are truly free to explore the boundaries of science.  Kudos to all you garage scientists out there; but in your quest for the next big energy breakthrough, just be sure your not risking your health or the health of others with, say, illegal radioactive materials.