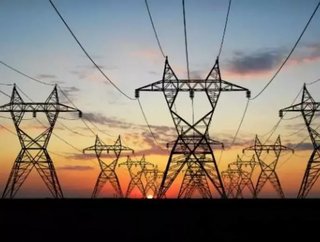 Written by Nigel Blackaby, Conference Director, POWER-GEN Europe There has been plenty of talk lately surrounding the US &lsquo;fiscal cliff. But while...

There has been plenty of talk lately surrounding the US ‘fiscal cliff’. But while a short-tem deal struck between Democrats and Republicans in the US Senate has averted the potential crisis for now, in Europe, the power industry is said to be facing a ‘cliff edge’ of its own in the form of numerous regulatory and financial challenges. And unlike in the US, there are no short-term solutions.

According to ENEL president Fulvio Conti, up to €1trn is required in the run up to 2020 for expansion of renewables capacity, for construction of new plants to back up that renewable generation, and for further development and deployment of innovative technologies such as smart grids and electricity storage. Yet market uncertainty and lack of coherence between national and European policy are blocking access to capital in Europe, such that he recently described the power sector as being ‘uninvestable’.

On average, investment in the power sector is set to grow by 0-2% per annum according to latest available figures from Eurelectric (the Union of the Electricity Industry). The current patchwork of national initiatives and subsidies means most of this will be focused on renewables, which are intermittent sources of power generation that require backup. However, the market-based power production required to provide this backup – e.g. combined cycle plant, coal/gas-fired plant, and traditional thermal capacity – is not being incentivised, while the CO2 scheme has all but collapsed, with prices now at a level where they are driving little investment.

To put a long-term asset into construction and operation, a reasonable level of regulatory and market certainty is required such that making an investment is going to have a rate of return over that 30+ year lifetime. However, current regulatory signals given by European and national policymakers make it difficult for investors to see a long-term return on investment, which is causing the market to stagnate.

Investing in gas is not attractive because gas prices are being driven up by high demand from Asia. At the same time, investing in coal-fired plant is difficult because it’s not clear what will happen with the carbon price or future possible taxation on emissions. In addition, many of the combined cycle plants in Europe average less than 30 per cent of their potential run-time, so it’s no surprise that investors remain reticent.

Long-term planning for green technologies is also being held back due to changes in the agreed political framework. The recent back loading of allowances by the European Commission to increase carbon prices is cited as a prime example. Although the third EU-ETS period 2013-2020 started on 1 January 2013, the amendment to change the volume of allowances released in the first years was tabled only two months before the end of 2012. Certainly, this is not going to improve planning security for power plant investors or operators.

The problem is that the political focus has been on renewables build out and meeting targets for each country, whereas the infrastructure necessary to sustain it is lagging behind. This is manifest in the pressures on internal balances within individual countries, and the situation is becoming critical as more intermittent power comes on stream.

Utilities don’t have control over when to dispatch intermittent power, while traditional thermal plants are closing down because they are not competitive. The result is more renewables and less thermal capacity as backup, creating a pressing challenge for TSOs and policy makers in terms of ensuring consistent stability in load at all times. This situation is compounded by the 2050 low carbon energy objective, because like renewables, low carbon energy means more volatility in terms of supply.

Although the industry is exploring a variety of options to ensure load stability and security, a viable solution is still some way off. Pumped-storage hydroelectricity for example, is fine for nations such as Sweden and Norway and their neighbouring countries, but huge storage resources would be needed to keep the lights on across Europe during the winter. Technology such as hydrogen storage is too dangerous, too expensive and too inefficient. Nuclear is a viable option but is being phased out by some countries, and winter in Europe is too dark for the region to rely on solar PV.

The move to low-carbon energy also creates a need to rebalance the transmission system. Current topology is set for large power stations in certain locations and the transmission of power from those power stations to the demand centres of the large cities and industrial areas. But with new power stations being offshore wind, distributed solar or distributed thermal plants, the feed-in of intermittent energy sources in areas where no consumption exists changes this topology. It also means conventional power plants are no longer operating at their design load for most of the time.

Given that part load operation takes place at much less efficiency than plant design efficiency, interconnecting the EU grid to make it a ‘European copper plate’ would, among other solutions, reduce CO2 emissions though renewable energy sources and at the same time mitigate the increase in CO2 emissions from the back-up power plants vital for grid stability.

Here, TSOs and regulators need to be more proactive and work closely together to develop the critical physical interconnects between countries. Although there has been some progress, these types of project are by their nature complex and slow, as demonstrated by the length of time it has taken for the Spanish/French interconnector to enter construction. Nevertheless, delivery of the required physical interconnectivity would go a long way to realising the goal of a more efficient market and better investment signals.

A bigger physical interconnection system could possibly trigger, or at least put more political focus on aligning the fragmented subsidy schemes and systems within Europe. For example, there needs to be a decision taken at EU level to increase the CO2 price, while the industry would receive a huge boost from a return to demand growth, as this would ensure investment in additional thermal or dispatchable power plants.

Finally, it’s no secret that the EU is not immune to global activities. The major challenge today is to agree on how far the EU can carry the global climate change burden on its own without a binding global agreement on CO2 reduction. The issue is whether Europe can remain competitive as energy prices rise while other regions reduce them, especially if the ‘green economy’ does not materialise as hoped.

Globalisation dictates that multi-national firms will locate their sites where the workforce is best educated, and where labour and power costs are most competitive. Thus there is a need to focus more on fuelling the engine that generates wealth for Europe – i.e. the power industry – and this means ensuring we furnish the next-generation workforce with the skills and technical expertise necessary for Europe to compete on a global basis.

Europe aims to transform its power market through a more climate-friendly energy policy and more renewables, but this has to be enabled in the most cost-efficient way – namely with an appropriate price on CO2, and a single market by interconnectivity, by design, and by incentive scheme harmonisation. These are the issues driving the debate for the European power industry, and form the core pillars of the strategic track of the conference at this year’s POWER-GEN Europe conference, being held 4-6 June 2013 in Vienna.

Now in its 21st year, POWER-GEN Europe, co-located with Renewable Energy World Europe, offers the largest and most comprehensive conference and exhibition for the European electricity and power technology sectors. The combination of conferences and exhibitions across the entire spectrum of power generation is unique and is serving the vital move towards integrating the traditional fossil fuel and fast-growing renewable generation sectors. The show is being held from the 4th to the 6th of June 2013, and is taking place at Messe Wien, Vienna, Austria. For more information, visit the POWER-GEN Europe website at www.powergeneurope.com