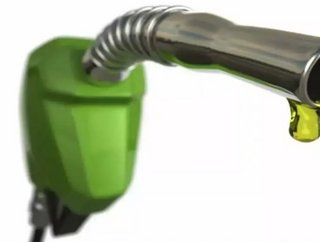 Ethanol is the most widely acclaimed alternative or additive for gasoline used for running vehicles, and the US ranked as number one producer of this...

Ethanol is the most widely acclaimed alternative or additive for gasoline used for running vehicles, and the US ranked as number one producer of this biofuel using natural waste feedstock, states new analysis by research and consulting firm GlobalData.

According to the latest report, the US is the global leader in cellulosic ethanol production, manufacturing 5.42m gallons in 2012.

Bio-ethanol is produced through the fermentation of cellulosic feedstock such as forest and agricultural waste. The US boasts an abundance of this biomass feedstock, and dedicated energy crops such as Switchgrass and Miscanthus are grown exclusively for conversion into cellulosic ethanol to help the nation’s ambition to meet fuel needs while reducing Green House Gas (GHG) emissions.

The US is the only country currently working to promote the cellulosic ethanol market, with the US Department of Energy (US DOE) providing grants to help companies establish a commercial-scale cellulosic ethanol plant. As a result, several companies have set up pilot and demonstration plants and a few commercial plants are expected to be commissioned in late 2013.

The US has also mandated the addition of 10% ethanol in gasoline fuel, setting steady domestic demand for the industry, while certain recently released cars are able to run on a 85% ethanol, 15% gasoline mix.

Corn stover and wheat straw are among the most freely available types of feedstock used in countries producing cellulosic ethanol, and growing ethanol demand may see these nations utilizing the residue of their corn crop for ethanol production, creating a sizable market for agricultural waste. GlobalData expects that the growing feedstock demand will create a structured market, in which biomass feedstock prices will be set based on their ethanol yield and the prevailing trading price of ethanol.

Some EU countries such as France and Italy have cellulosic ethanol production infrastructure, but a limited supply of biomass feedstock. Growth of commercial production in these countries may fuel the need to import feedstock from nearby countries or expand production to other countries with ample feedstock availability. A few producers with upcoming commercial scale plants in the US have already started signing agreements to procure agricultural residue and other kinds of cellulosic feedstock.