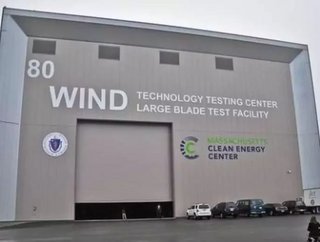 Boston, Massachusetts (USA) saw the opening of the world’s largest large-scale wind turbine blade testing facility this week.  The Wind Technology Testing Center—in partnership with the U.S. National Renewable Energy Laboratory—can test blades up to 90 meters long, which is expected to be the industry’s largest blade size in coming years.

Prior to the facility’s opening, domestically produced large-scale wind turbine blades had to be shipped outside of the U.S., usually to Europe, to be tested.  The largest predecessors in the U.S. to the Wind Technology Testing Center could only support turbine blades no longer than 50 meters.

The facility has the capacity to test up to three blades simultaneously.  Standard tests measure fatigue through a four-month endurance process.  Two-week-long static strength and resonance testing are also commonplace.

The Wind Technology Testing Center itself took roughly two years to build at a cost of just under $40 million.  $25 million was awarded by the U.S. Department of Energy as part of the 2009 American Recovery and Reinvestment Act.  $13.2 million in additional funds was provided through loans and grants furnished by the Massachusetts Renewable Energy Trust.