From ash to cash: the future of geothermal energy 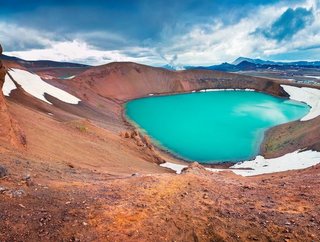 Geothermal energy has traditionally lagged behind the supply generated from solar and wind technologies, but that could all change.

Geothermal energy has traditionally lagged behind the supply generated from solar and wind technologies, but that could all change. Recent advances in exploration and drilling techniques, combined with the willingness of countries to explore the potential for renewables, are delivering exciting developments in the excavation of geothermal wells near tectonic plate boundaries and into the heart of simmering volcanoes.

The Earth’s geothermal resources are, in theory, more than capable of supplying global energy needs. Here’s the catch: only a fraction of these opportunities may be profitably exploited. This issue explains why geothermal energy produces less than 1% of the world’s electricity, according to the World Energy Council.

However, according to Professor Yan Lavallée, a volcanology and magma research chair at Liverpool University, the potential for geothermal energy to harness the power of volcanoes is enormous: “Even a small body of magma in the order of a fraction of a cubic kilometre could power a whole country the size of the UK.”

If ambitions to deliver a significant percentage of its electricity supply from geothermal sources are to be achieved, it will represent a ‘phoenix from the ashes’ moment for the Caribbean island. A modern Pompeii, its capital Plymouth still remains buried in volcanic dust following a series of eruptions in 1995 which led to it being abandoned completely in 1997.

The UK’s Department for International Development (DFID) is at the helm of the continued geothermal development project on Montserrat, having invested just under $24mn. During summer 2017, drilling work began on a third and final test well which has not been without its problems, says DIFD rep Martin Dawson: “With the technical expertise from the specialists on site, we were able to make the decision to use bentonite slurry, a mud slurry, to secure the well. These efforts seem to have worked. The well is safe, but the slurry must now be cleaned out before we can go into the stimulation short term testing phase.”

With temperatures of 250°C already recorded at 1.7km depth there is potential for each well to deliver 1.5MW to make this the little island that could. The test phase of the project is due to end in December 2018.

It might sound outlandish but plans to harness geothermal energy from Iceland’s magma lakes to supply the UK and Europe are on the boil. Scientists working on the $100mn Krafla Magma Testbed project are set to drill over 2km below the Earth’s crust in northern Iceland, boring their way into a molten magma chamber. As part of an experiment due to commence in 2020, researchers will drill a primary borehole through which water can be pumped via reinforced U-shaped pipes. The resulting ‘supercritical steam’ could potentially be used to power turbines with the energy generated distributed across the North Atlantic via underwater cables.

Icelandic energy company Lansvirkjun discovered the magma chamber by chance while deep drilling on another project in 2009. “Utilising geothermal energy from the near magma environment is a very exciting next step for the geothermal industry. Understanding where the magma is, how to locate it and the properties of the fluid, is very relevant to developing the concept of near-magma geothermal energy in volcanic areas all over the world,” says Landsvirkjun’s project manager, Sigudur Markusson.

The project’s first phase is being coordinated by Iceland’s Geothermal Research Group and the British Geological Survey involving 38 other institutes and companies from 11 countries around the world. These include the Norwegian oil and gas giant Statoil, Canadian mining firm Falco Resources and US-based Sandia National Laboratories – a nuclear contractor to the US government on-hand to assess the processes for dealing with magma hitting temperatures of 900°C.

Plans to further harness the power of the island’s five active volcanoes (Loihi, Kilauea, Mauna Loa, Hualalai and Haleakala) are gathering a head of steam in a bid to create a 100% renewable-sourced electrical grid – something no other US state has yet managed to achieve. Governor David Ige signed a bill in 2014 pledging that Hawaii will become completely energy self-sustaining by 2045. It is a much-needed goal as Hawaiians currently pay two to three times more for their electricity than the national average and, according to the US Energy Information Administration, the state spends around $5bn per year importing enough oil to meet energy demands.

Hawaii’s geothermal Puna plant currently generates in excess of 38MW, tapping into the hot rocks in the eastern rift zone of the Kilauea to provide over 25% of the island’s electricity by directing steam from underground wells to a turbine generator. Research suggests planned expansion of the plant could help provide up to 50% of the island’s power.

Renewable energy companies are also keen to tap into the geothermal potential of Mauna Loa, a giant volcano at the island’s centre near several volcanic hot spots. However, construction of a new plant here has stalled, meeting with opposition from some locals who believe the mountain, which last erupted in 1984, is home to the deity Pele.

Dating back hundreds of years, the first use of geothermal energy in New Zealand was by the central North Island Māori for heating, cooking and therapeutic purposes. The Kiwi nation’s first geothermal plant, and the world’s second ever, was opened at Wairakei in New Zealand’s Taupo volcanic zone in 1958. The Taupo zone still produces most of the country’s geothermal electricity, contributing 750MW (13%) of the New Zealand’s supply.

The main operators here are listed company Contact Energy Ltd and Mighty River Power, a 51% state-owned enterprise. A significant factor in recent geothermal projects has been the high level of commercial participation by Māori-owned enterprises. The nation’s newest plant was delivered by Contact Energy at Te Mihi and went online in 2014.

Global positioning satellite and satellite radar interferometry measurements indicate the birth of a new magma chamber along the Taupo Volcanic Zone. Geophysicists noted geodetic measurements which highlighted widespread subsidence, suggesting the cooling and contraction of magma within the shallow crust. This large body of magma, found at depths of 6-10km below the Earth’s surface in the Taupo geothermal zone, could be further exploited via drilling at new plants to push the nation towards its increased target for renewable energy.