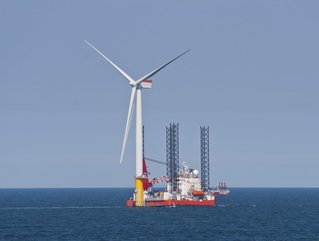 The European Commission has announced its support for a new floating wind farm off the coast of Portugal, having voted with its wal...

The European Commission has announced its support for a new floating wind farm off the coast of Portugal, having voted with its wallet in the form of a $69mn (€60mn) loan from the European Investment Bank (EIB).

The loan will be offered under the InnovFin Energy Demonstration project. The wind farm is being developed by Windplus, a joint venture between EDP Renewables, Repsol and Principle Power.

The facility is set to have a 25MW capacity and will be located 20km of Portugal’s northern coast. It has been stated that the wind farm will produce enough energy to power 60,000 homes per year.

Carlos Moedas, EU Commissioner for Research, Science and Innovation, said on Friday: “Today’s deal is another example of how EU financing is helping to lower the risk of rolling out innovative energy solutions like WindFloat.

“We need breakthrough technologies to accelerate the clean energy transition in Europe and lead the global fight against climate change. This will ultimately improve the quality of life and create new jobs and economic growth for citizens.”

Floating wind turbines are built to allow electricity generation in water depths where fixed turbines cannot be constructed – this means that there is more potential area available to build wind farms, which can often be built in areas where wind is stronger and more regular.

The WindFloat project will be the second floating wind farm in Europe, with Reuters stating that three turbines will be anchored in water up to depths of 100m.