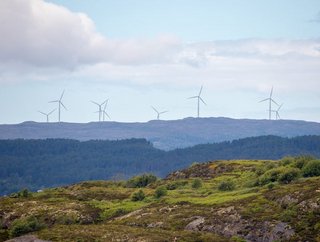 The French utility, ENGIE, and the sustainable investments firm, SUSI Partners, have signed financing agreements for the de...

The French utility, ENGIE, and the sustainable investments firm, SUSI Partners, have signed financing agreements for the development of a 208MW wind farm in Norway.

The 51 Siemens Gamesa turbines in Project Tonstad will be located in the provinces of Sirdal and Flekkefjord.

The firms have also established a 25-year offtake agreement to sell the power from the farm with Hydro Energy, the Hydro subsidiary.

The wind farm will be one of the largest in Norway, with an annual production of 0.7TWh.

As the developer of the project who is now responsible for construction and operational support, ENGIE will have a 20% stake in the wind farm.

As SUSI Partners provided financial structuring support, the SUSI Renewable Energy Fund II will have an 80% stake in the project.

“Tonstad is an important project for ENGIE, as a direct application of the strategy to develop large wind projects in partnership with big industrial offtakers and a financial equity partner,” stated Sandra Roche, CEO of ENGIE Nordics.

“It is also a first step for ENGIE in renewables in the Nordics, where the group intends to further expand its activities, in contribution to the ongoing energy transition.”

“Project Tonstad is a prime example of this: the project brings together the latest technology wind turbines and a bespoke, long-term offtake agreement with an industrial company for a large-scale renewable generation project with a highly competitive levelized cost of energy.”

“We have worked with ENGIE for a prolonged period to structure the project and are very pleased with the collaboration and outcome, and look forward to cooperating with all parties involved again in the future.”