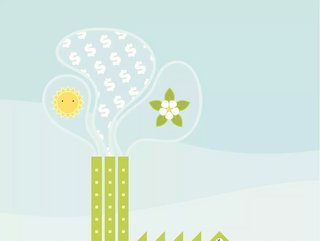 Over 90 of the founding institutions of GFANZ have already delivered on setting short-term targets, including 29 asset owners that have committed to reducing portfolio emissions by 25-30% by 2025, as well as 43 asset managers that have published targets for 2030 or sooner.

"Make no mistake - the money is here, and the world wants to use it," said Carney.

"We now have the essential plumbing in place to move climate change from the fringes to the forefront of finance so that every financial decision takes climate change into account. Only this mainstream focus can finance the estimated $100 trillion of investment needed over the next three decades for a clean energy future.”

But he said a key issue is unlocking the $1trn needed annually to support developing countries.

To measure more accurately the alignment of lending, investment and underwriting with net zero, the Taskforce on Climate-related Financial Disclosures (TCFD) has published guidance on metrics, targets and transition plans, and an International Sustainability Standards Board (ISSB) is being launched.

Nigel Topping, UN High Level Climate Action Champion for COP26, said to keep 1.5°C within reach, we need the owners, managers, lenders, and underwriters of capital to realign their business models with the climate science.

"The core of the financial system is now publicly committed to that task. And it will have a ripple effect across the global economy. Now we need governments to help get the job done, by setting the ambitious policies that can unlock, accelerate and help direct the investment to where it’s needed most.”

Rishi Sunak, Chancellor of the Exchequer said harnessing the trillions of dollars controlled by these companies in the fight against climate change is crucial. "I’ve announced new requirements for firms to publish their net zero transition plans. Together we can provide the cash the world needs to stop catastrophic climate change.”

Michael R. Bloomberg, Co-Chair of the Glasgow Financial Alliance for Net Zero, said winning the battle against climate change will require vast amounts of new investment and the majority will have to come from the private sector.