The Governor of Maine has banned new wind projects 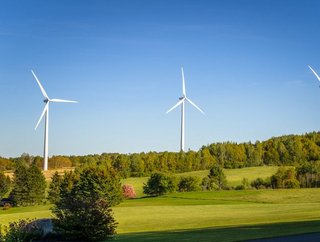 Paul LePage, the Republican Governor of Maine, has announced a ban on all new wind energy projects in the state. The Gover...

Paul LePage, the Republican Governor of Maine, has announced a ban on all new wind energy projects in the state.

The Governor noted that tourism was the biggest concern regarding new wind farms, saying that the state “must act judiciously to protect our natural beauty”.

A committee, that lacks any public accountability, has been formed in order to analyse the economic effects of wind power in Maine, as well as to suggest regulatory changes.

Maine was ranked the 8th state by the US Department of Energy for the most annually installed wind energy capacity in 2016, having installed 288MW.

“This is an attempt to thwart billions of dollars of investment that is looking at Maine,” Jeremy Payne, Executive Director of the Maine Renewable Energy Association, voiced to the Portland Press Herald.

“What kind of a message are we sending to the world here when the governor is able to decide without any statutory authority to wreck a billion-dollar industry?” he added.

LePage’s move has received backlash from an environmental group based in America’s New England.

The group have requested that the court order LePage’s actions as unconstitutional.