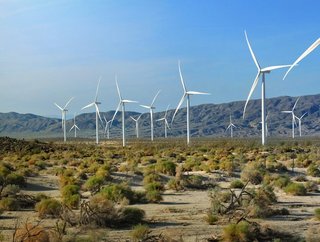 The US Geological Survey (USGS) has created a database mapping all 57,636 of America’s wind turbines.

The US Geological Survey (USGS) has created a database mapping all 57,636 of America’s wind turbines.

The database shows that Kern County, California, has the US’s highest population of turbines at 4,581.

Kern County has a total wind power capacity of 4GW and more turbines than the entire northeast of America.

Most of the turbines in the county are situated near the Tehachapi Pass, where are in funnelled through mountains to create an average win speed of 20mph.

The second and third highest counties in the US for turbine density are also located in the state of California.

Riverside and Alameda have 2,373 and 1,430 wind turbines respectively. Nolan County in Texas ranks fourth with 1,374 turbines, and Gilliam County in Oregon places fifth with 679 turbines.

There are 2,501 counties in the US which rank jointly last, having zero wind farms.

The USGS generated the database in partnership with the Department of Energy, Lawrence Berkeley National Laboratory, and the American Wind Energy Association, with all institutions merging their data.