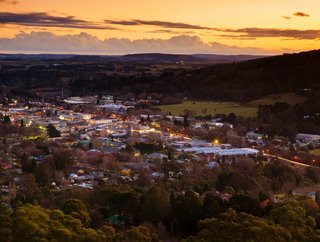 The territory of New South Wales (NSW) is enormously reliant on coal. Most of its electricity is supplied by five coal-fired power stations located i...

The territory of New South Wales (NSW) is enormously reliant on coal. Most of its electricity is supplied by five coal-fired power stations located inside a 170km radius of Sydney, chief consumer of this energy.

Just 6% of NSW’s power needs are generated by renewables, lagging far behind the likes of Tasmania (90%) and Australia Capital Territory (100% by 2020).

However, the opportunity for renewable energy development in the province is massive. According to a report by the Nature Conservation Council, titled Repowering our Regions, NSW is sitting on $14bn in potential wind and solar projects, adding to the $11bn of developments (from 52 projects) already in the pipeline.

In terms of raw resource, the report makes clear the size of the region’s potential: “NSW has the makings of a clean-energy superpower. The state has world-class solar and wind resources in abundance. In just two days, NSW receives enough wind and sunshine to power all our homes, businesses and industry for a year.”

Indeed, such resources could generate 267 times more energy than the state needs, the study claims. It also says that moving towards a 100% renewable future will create 22,000 full-time jobs, 14,000 of which in the rooftop solar market.

The Nature Conservation Council details each region in NSW and the scope for wind and solar project adoption, before calling on the regional government to implement policies conducive to making this happen.

Such policies include commitments to clean energy targets, running auctions to ensure competition and price drops for consumers, and supporting coal communities in the transition to renewable energy provision.

For more information download to the full Repowering our Regions report.