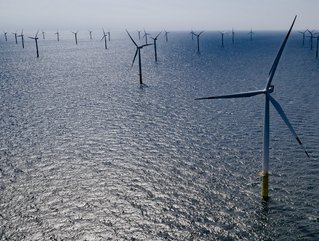 Transparency Market Research has released a report which sho...

The cumbersomely-named report – Offshore Wind Turbine Market by Foundation Type (Monopile, Jacket, Tripod, Floating and Others) by Application (Shallow Water, Transient Water and Deep Water) by Capacity (up to 1MW, 1-3 MW, 3-5 MW and Above 5 MW) and by Region (North America, Latin America, Europe, Asia Pacific and Middle East & Africa) - Global Industry Analysis, Size, Share, Growth, Trends, and Forecast, 2017-2025 – explores the present state of the wind energy industry and what we can expect in the future. Currently, the offshore turbine market is dominated by Europe, which along with Asia Pacific is expected to provide particular growth potential in the run-up to 2025.

While offshore turbines are normally set up in shallower waters, market trends are moving towards deeper waters – up to 60 metres – for new wind farms to be installed within the proposed time frame. This will be somewhat of an experiment, as it is not yet known how more water will affect the turbines. Onshore and offshore turbines have different modifications to suit their requirements, and that changes depending on location too.

Some of the major current players in the offshore wind turbine market are Siemens Wind Power, Nordex S.E., GE Wind Energy, Guodian United Power Technology Company Ltd, Gamesa Corporacion Technologica S.A., and Upwind Solutions Inc. While some aspects of wind energy's development and expansion over the next eight years will be a learning curve, the ambitious forecast appears entirely achievable given the ever-changing and developing renewable energy landscape.